South Asia is also home to one of the APNIC region’s seven NIRs, IRINN.

Let’s start by looking at ASNs in this sub-region.

If you look at just this calendar year, however, you can see consistent growth in Bangladesh each month, leaving it with a similar amount of allocated ASNs to date as India (check the Cumulative box on the chart below to see the totals). Pakistan also appears to be consistently adding two to three ASNs each month.

An interesting case in this subregion is Nepal , which has 1.13 visible BGP adjacencies per ASN, and as the vizAS graph shows, appears to have quite a decentralized peering environment, with no one ASN serving an overwhelming majority of downstream peers. 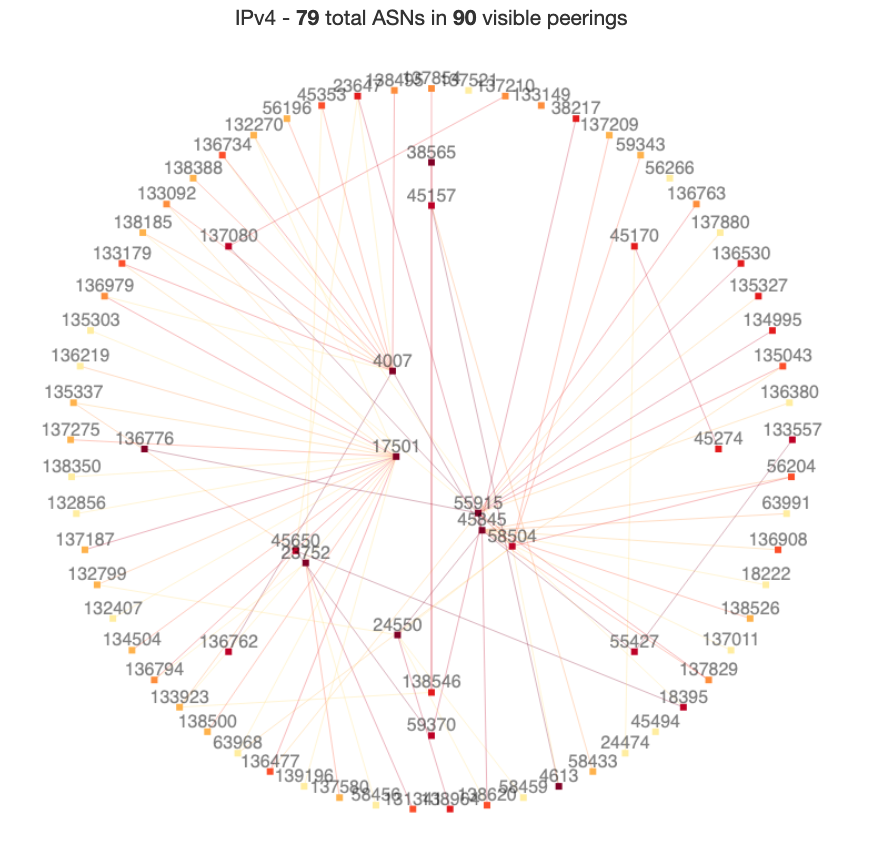 IPv6 is clearly the only foreseeable way to practically cater for the population in this sub-region in the future.

While India holds 74.2% of IPv4 in the sub-region, the economy accounts for half of IPv6 allocations, followed by Bangladesh, Pakistan and Nepal in overall allocation size.

If we look at deployment statistics, we see that India is making good use of its IPv6, with over 60% of its users IPv6 capable. This has been largely due to the efforts of Reliance Jio (>93%), although other major ISPs are starting to become more proactive.

Nepal, Pakistan and Bangladesh, while having received large IPv6 allocations, have yet to make a real push in terms of deployment. 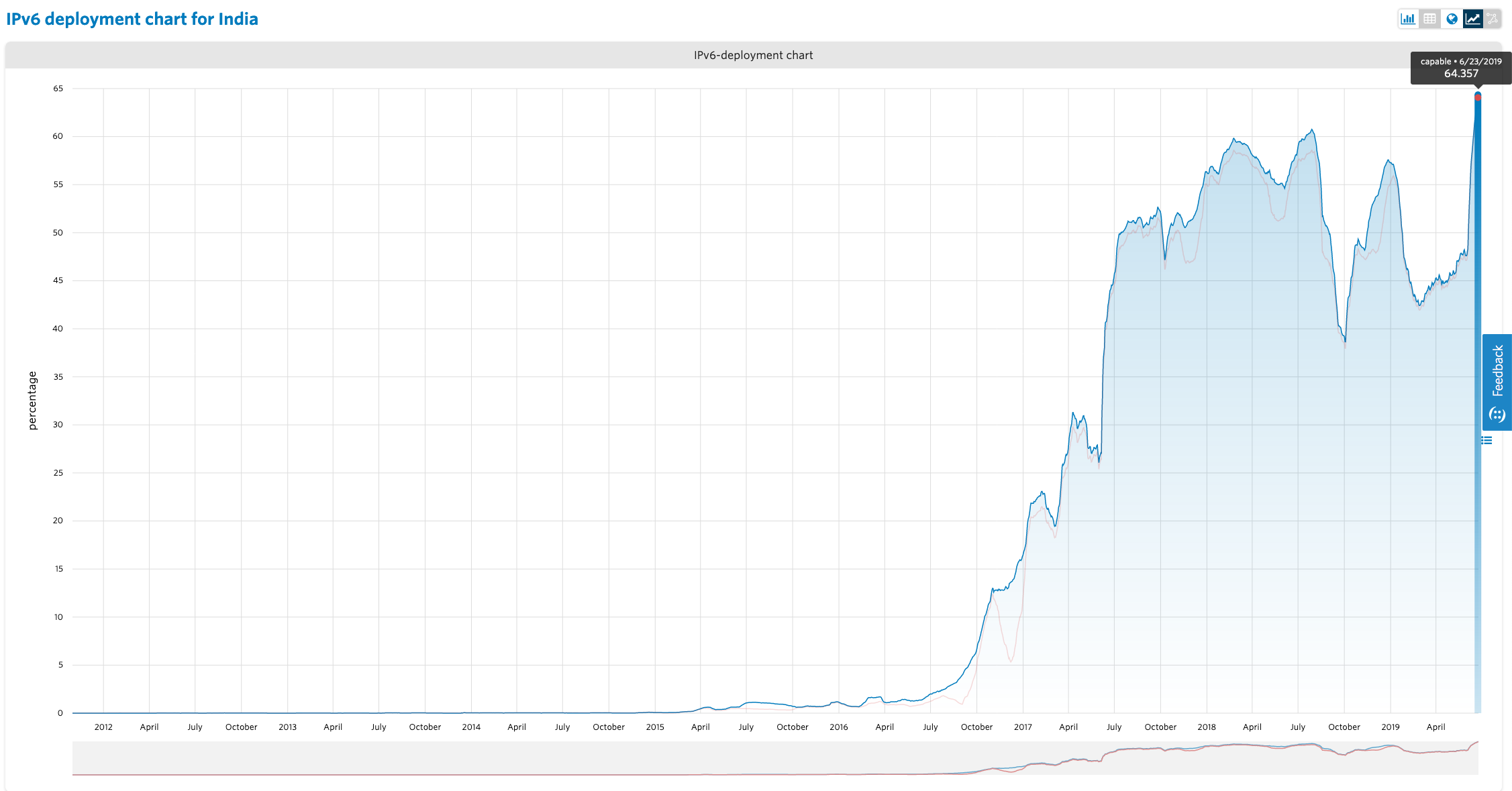 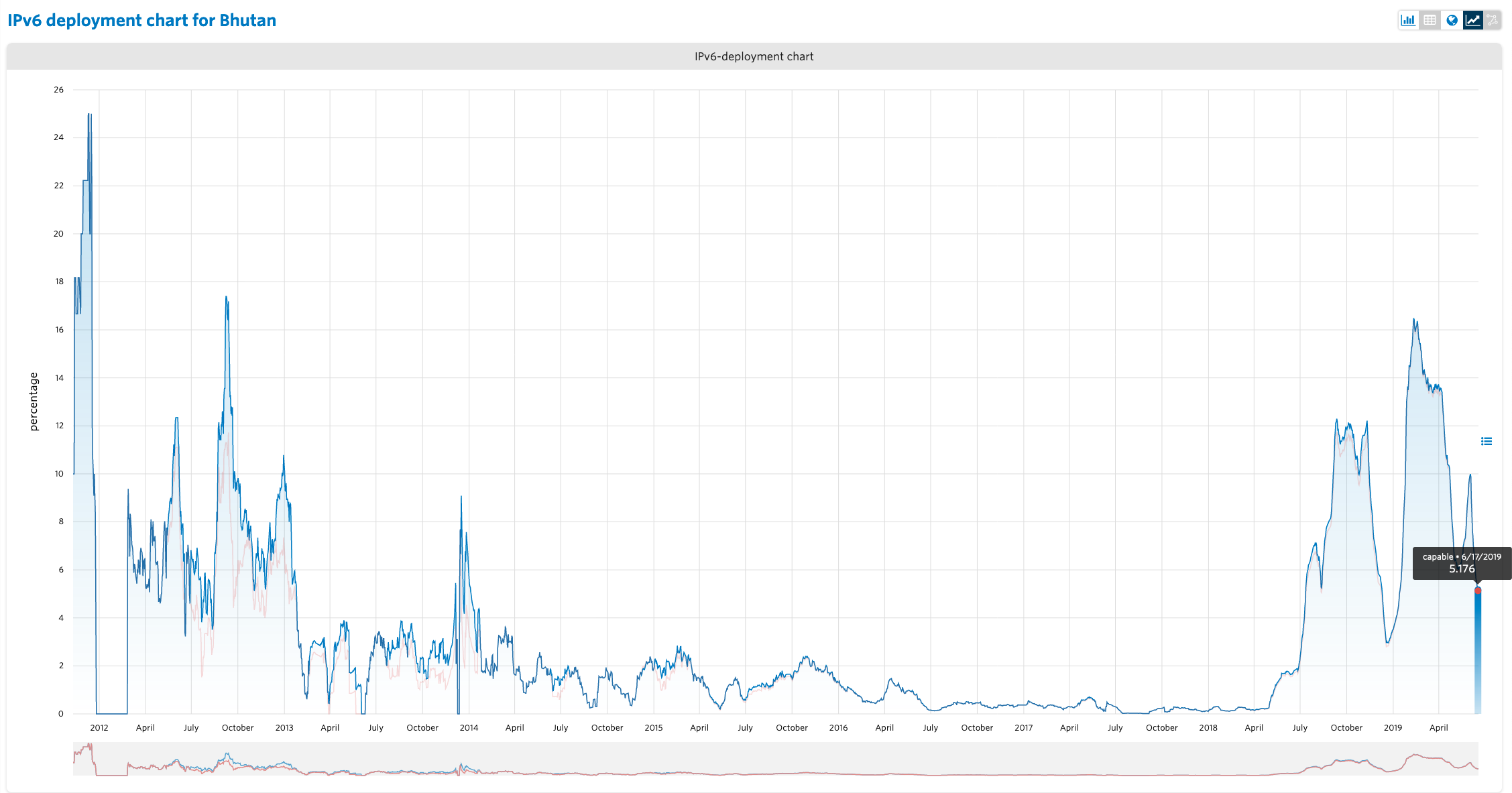 The embedded charts in this report are sourced from the APNIC Internet Directory, which, in addition to IPv4, IPv6 and ASN delegation statistics, will soon include the IPv6 deployment charts featured in the images above.