2016 was a landmark year for IPv6 deployment for Reliance Jio and India.

Having only commercially launched in September 2016 as the first LTE, all-IP mobile network in India, Reliance Jio Infocomm Limited, a subsidiary of India’s largest private sector conglomerate – Reliance Industries Limited (RIL) – became the fastest network provider ever to exceed 50 million subscribers – a feat we accomplished in less than three months.

Currently, almost 90% of our LTE 4G subscribers are using IPv6 – accounting for almost 70% of the country’s IPv6 traffic – which in itself has equated to a rapid rise in India’s total IPv6 capabilities, increasing from 1% to 16% in 2016 (and passing 20% in the new year). 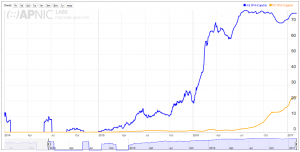 Taking advantage of starting from scratch

Entering the market as a new 4G operator, we knew we needed to define ourselves differently from established operators if we were to succeed.

We also knew we could take advantage of the most up-to-date technology, allowing us to accommodate a huge number of users as well as the burgeoning Internet of Things (IoT) market – we plan on connecting 100 million users by March 2017.

All of these factors led us to work with IPv6 from the outset.

We started planning for IPv6 in 2011 when we received our first IPv6 assignment from APNIC and had established a functional network by 2015.

As part of our testing, we ran a nine-month trial of the mobile network with Reliance’s 30,000 plus staff. I’d encourage anyone who is about to deploy IPv6 at such a large scale to undertake such an extensive testing period as it allowed us to address several challenges, including testing the readiness of multiple mobile applications, many of which preferred IPv4.

Management’s support of our decision to embrace IPv6 was another key to the success of the project; it got everyone across the organization on board. To turn this enthusiasm into expertise, we ran rigorous internal training programs to skill staff in the technology and what considerations they’d need to be aware of. 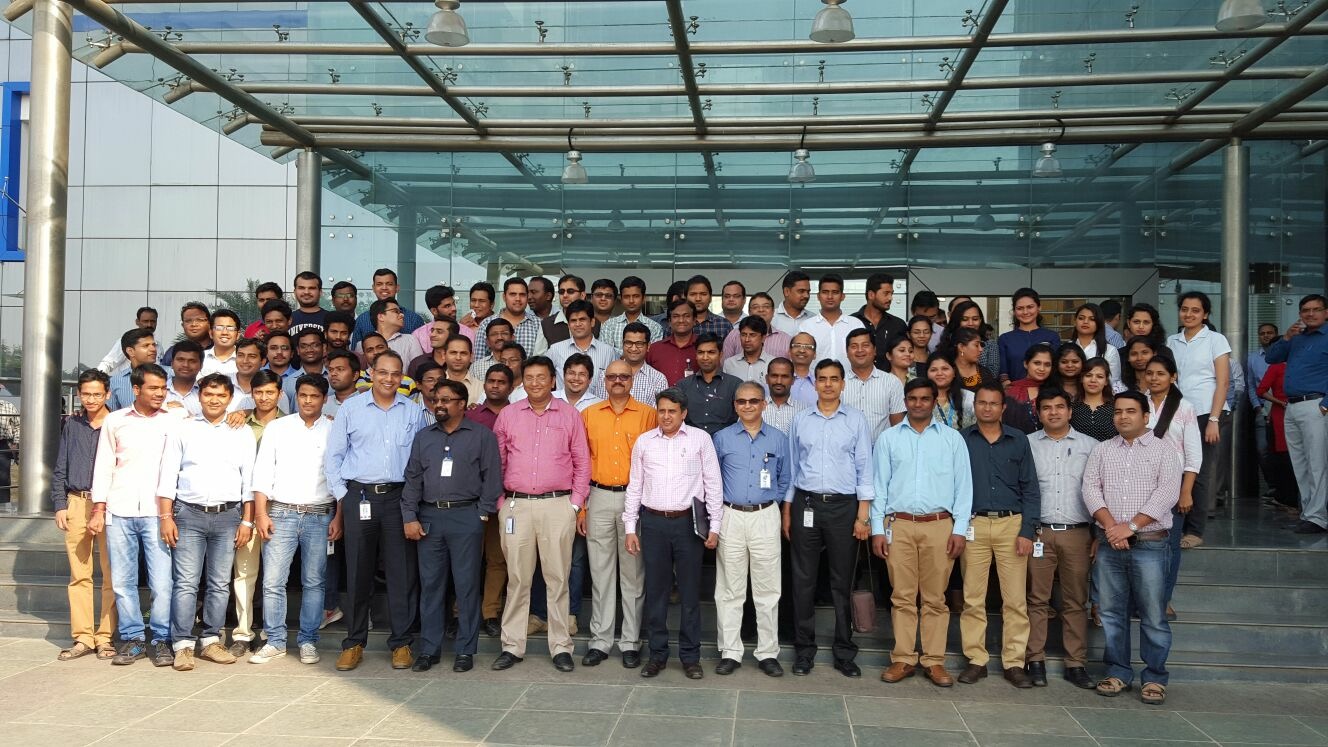 A key part of Jio’s IPv6 deployment journey was testing their network with their 30,000 plus staff.

Getting buy-in from vendors and suppliers

Vendors also played an important role in the success of our deployment, in particular, Cisco, Nokia, and Samsung.

From day one, we let all our vendors know we needed to have all our network elements –including data centres – IPv6 capable, and that we would only select devices if vendors support IPv6 or have a clearly defined roadmap for IPv6.

To help customers migrate from IPv4 to IPv6 in a seamless manner, we implemented two of the most widely-used methods for providing compatibility – the use of dual IP stacks and IPv6 tunnelling (MAP-T). Tunnelling is achieved by encapsulating the IPv6 packet within an IPv4 datagram.

The home gateways and CPE’s were engineered to work with new network address translation technologies. This eliminated the need for any dual stack in the backbone network and avoided the need of stateful carrier-grade NAT (CGN) in the network.

Factoring for how the DNS would work was also an important step, in particular, how to prioritize AAAA records (IPv6 response) compared to A records (IPv4 responses) so that the bulk of our IP network traffic communicates on IPv6.

As mentioned, almost 90% of our LTE 4G subscribers, and even our VoLTE stack and IMS, work on IPv6. Our entire infrastructure, including EnodeB, CoreIP and MPLS core, is on dual stack. The Apple iPhone 6S/7 IMS are the only devices working on single stack IPv6.

This hardline stance created some internal and external challenges, but it has been a credit to those working with vendors, suppliers, and management to convince them of our goal.

APNIC · 8 hours ago
@apnic
Researchers analyse the influence of prioritization on head-of-line (HOL) blocking and, in turn, on web performance:
https://t.co/XyUR1jMkRX