In the Border Gateway Protocol (BGP), prepending is a technique used to deprioritize a route by artificially increasing the length of the AS-PATH attribute by repeating an autonomous system number (ASN). Route selection in BGP prefers the shorter AS path length, assuming all other criteria are equal. Therefore, a prepended route should be selected less often.

To employ this technique correctly, a network operator would normally deprioritize a route by prepending their ASN in the AS-PATH attribute in their announcements to a subset of multiple transit providers. Unfortunately, as I will report below, prepending is frequently employed in an excessive manner such that it renders routes vulnerable to disruption or misdirection — accidental or otherwise.

Prepending during a routing leak

In April 2010, China Telecom experienced a routing leak that got a lot of people’s attention. Despite the oft-repeated assertion, China did not hijack 15% of the world’s traffic for 18 minutes, but we’ll save a more detailed debunking of that myth for another time.

While analyzing the leak, we noticed something peculiar. When we ranked the approximately 50,000 prefixes involved in the leak based on how many ASes accepted the leaked routes, most of the impact was constrained to Chinese routes. However, two of the top five most-propagated leaked routes (listed in the table below) were US routes! Was there some grand conspiracy to intercept traffic destined for these routes? Actually, it was due to something much more troubling: gratuitous AS-PATH prepending by the victim.

During the routing leak, nearly all of the ASes of the Internet preferred the Chinese leaked routes for 12.5.48.0/21 and 12.4.196.0/22 because, at the time, these two Chinese prefixes were being announced to the entire Internet along the following excessively prepended AS-PATH:

With this odd configuration, virtually any illegitimate route, whether a deliberate hijack or an inadvertent leak, would be preferred over the legitimate route. Think about that for a minute. In this case, the victim is all but ensuring their victimhood.

There was only a single upstream seen in the prepending example from above, so the prepending was achieving nothing while incurring the risk of hijacked traffic during a routing leak or hijack.

You’d think such mistakes would be relatively rare, especially now, almost 10 years later. As it turns out, there is quite a lot of prepending-to-all going on right now. And during leaks, it doesn’t go well for those who make this mistake.

While one can debate the merits of prepending to a subset of multiple transit providers, it is difficult to see the utility in prepending to every provider. In this configuration, the prepending is no longer shaping route propagation. It is simply incentivizing ASes to choose another origin if one were to suddenly appear whether by mistake or otherwise.

Figure 1 — Normal traffic engineering vs. prepending to all. 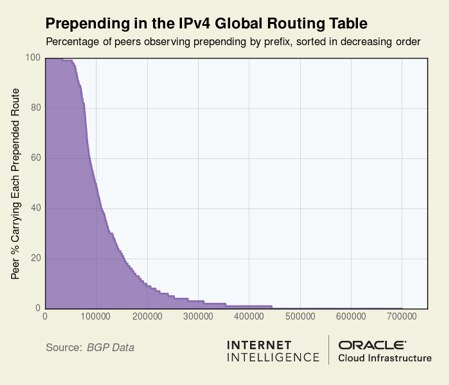 Figure 2 — Prepending in the IPv4 and IPv6 global routing tables.

We argue that prepending-to-all is a self-inflicted and needless risk that serves little purpose. Those excessively prepending their routes should consider this risk and adjust their routing configuration.

The risk of this behaviour can perhaps be best illustrated with a real-world example. Consider the Ukrainian prefix (95.47.142.0/23) which is normally announced with an inordinate amount of prepending. A recent analysis revealed that 95.47.142.0/23 is announced to the world along the following AS path:

In this example, the origin AS197158 appears 23 consecutive times before being passed on to a single upstream (AS3255), which passes it on to the global Internet, prepended-to-all.

An attacker wanting to intercept or manipulate traffic to this prefix might enlist a data centre of questionable morals who would allow announcements of the same prefix with a fabricated AS path such as:

Here the fictional AS999999 represents the shady data centre. This malicious route would be pretty popular due to the shortened AS path length and might go unnoticed by the true origin, even if route-monitoring had been implemented. Standard BGP route monitoring checks a route’s origin and upstream and both would be intact in this scenario. The length of the prepending gives the attacker room to craft an AS path that would appear plausible to the casual observer, comply with origin validation mechanisms, and not be detected by off-the-shelf route monitoring.

Over the years, we’ve reported on the Dyn/Oracle Blog numerous instances of malicious routes with AS paths crafted to look plausible (see The Vast World of Fraudulent Routing: Case 5, Ukraine Emerges as Bogus Routing Source, BackConnect’s Suspicious BGP Hijacks ), so we know this happens.

Of course, an inadvertent origin leak could also disrupt traffic to this route. Accidents happen, so why deliberately put your routes at risk? We have asked a number of network operators if they could explain the purpose of their excessive prepending and we have yet to receive a rationale for this routing configuration.

So what happens when a non-prepended route competes against an excessively prepended route? Let’s consider a real-world example from last month.

The Polish route 91.149.240.0/22 is normally announced with the origin prepended three times (41952, 41952, 41952) to three providers and prepended twice to a fourth. Beginning at 15:28:14 UTC on 6 June, a new origin that was not prepended appeared in the routing table for this route. As is illustrated in the graphic below, AS60781 quickly became the most popular version of this route for the next week until it disappeared (see majority red region in Figure 3). When both AS41952 and AS60781 were in contention for being considered the origin of this prefix, the non-prepended route was dominating — as we would expect.

In some cases, the impact of prepending isn’t as straightforward.

Let’s take 66.220.224.0/19 as an example. This prefix is prepended but isn’t one of the 60,000 prepended-to-all routes mentioned earlier because its prepending is only visible to a little more than half of our BGP sources. In any event, this prefix is announced to the Internet in two ways: it’s prepended to AS6939 and not prepended to AS174:

From these two route options, one might reasonably infer that it is 17356’s intention to deprioritize routes to AS6939 by prepending itself 10 times on routes to that upstream. It may seem to follow that the non-prepended path to AS174 would be the most popular. However, the opposite is true. Figure 4 illustrates the percentage of our BGP sources, that is, our peers, that see either AS6939 or AS174 as an upstream of AS17356 for 66.220.224.0/19. 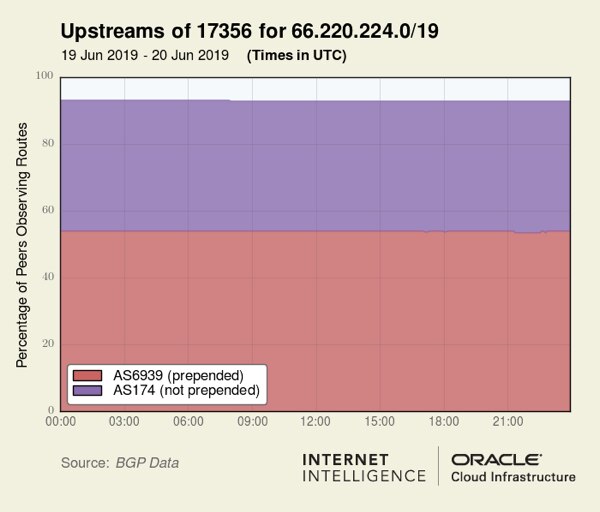 Figure 4 —Percentage of peers observing routes from prepended AS6939 and non-prepended AS174.

Despite extensive prepending, AS6939 is the more popular choice. In this case, prepending is going up against the local preferences of a legion of ASes: AS6939 has an extensive peering base of thousands of ASes. These ASes opt to send traffic for free through their AS6939 peering links instead of having to pay to send traffic through a transit provider (and via AS174) regardless of the AS path length. AS17356 could prepend their routes to AS6939 100 times (please don’t!) and AS6939 would still be the more popular provider.

Keep in mind that the average AS diameter of the Internet is only around 4 hops, so prepending more than a couple of times buys you nothing.

How did this come to be?

The routing experts we consulted offered a few theories as to how we arrived at this state.

Another theory is that this is a deliberate, yet misguided, tactic to influence the return path of traffic from peers. The large routing leak of November 2017 that disrupted communications for many users in North America caused such an impact due to the leak of thousands of more-specific routes that were being employed to ensure return traffic travelled directly over a peering link.

Might some ASes be prepending to the entire Internet to make non-prepended direct links with peers more likely to be chosen? Perhaps. Typically, ASes already prioritize sending traffic to settlement-free peers to save on transit costs, so prepending the transit paths would seem to be unnecessary and unwise considering the risks described above.

In case your eyes didn’t catch it, the prepending here involves a mix of two distinct ASNs (267429 and 267492) with the last two digits transposed. This tapestry of typos (typostry?) is announced to the global Internet for five of AS267429’s six originated prefixes. It is likely many ASes are simply unaware they are excessively prepending their prefixes.

When I shared these results with BGP expert Job Snijders of NTT Ltd, he responded:

Long AS paths (whether due to prepending or otherwise) incur the risk of disruption (or possibly interception) in the event another AS originates the same prefix with a shorter AS path. Network operators should review whether they are presently prepending and make sure it is absolutely necessary. With 8% of the IPv4 and 5.6% of the IPv6 global routing tables presently prepended to essentially everyone, we can confidently assert that this traffic engineering technique is significantly overused today.

Adapted from original post which appeared on the Oracle Blog.

Doug Madory is a Director of Internet Analysis of Oracle’s Internet Intelligence Team where he works on Internet infrastructure analysis projects.

APNIC · 5 hours ago
@apnic
What can 20+ years of exchanging and integrating threat intelligence teach us? @KathleeMoriarty details on the blog today: https://t.co/f0k4TmdAIX