In the wireless world, we have limited transmission medium resources and bandwidth as compared to wired networks. Multi-hop mesh topologies can quickly use up channels and available bandwidth. This has led to various studies and technological developments into the efficient use of wireless resources.

Scheduling is an active line of study to enhance wireless resource use. Popular scheduling schemes focus on using various transmission rates to achieve the best balance between achievable performance and coverage, hopping between different channels to avoid interference or channel overloading, and regulating multiple flows to pass through a channel without suffering from performance degradation.

We, at the University of Auckland, investigated the transmission opportunity additionally achieved by scheduling flows when a wireless mesh network (WMN) is regarded as ‘saturated’ by traditional schemes.

Where is the opportunity?

We were motivated to undertake this investigation by the communication scenarios from a previous study (Figure 1). 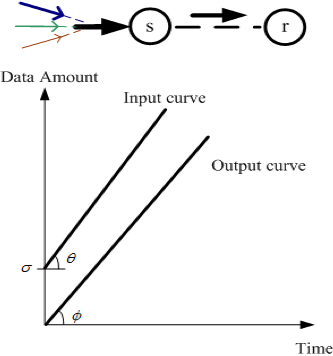 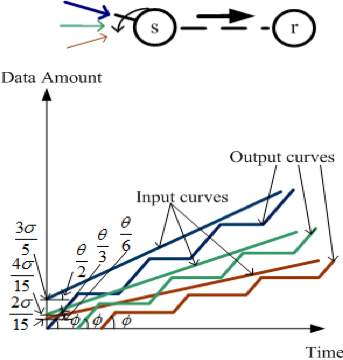 Figure 1 — An example to illustrate the potential of flow scheduling in gaining extra transmission opportunity.

When s receives three flows, as shown in Figure 1 (a), if the aggregated input rate is larger than the capacity of the link between s and r (that is, θ>φ), s is not able to admit all three flows.

Our study was developed by using Network Calculus. We analysed the following two major issues in order to form the flow scheduling policy:

When developing the admission condition, we focused on enabling all data from the admitted flows to reach the receiver within accepted delays (that is, throughput and delay performance).

As compared to the time scheduling at the underlying layer (say TDMA), this scheduling policy is an upper layer scheme that takes end-to-end performance via multiple wireless hops and flow properties into account while allowing multiple flows to share a wireless link.

Wanqing Tu is a Senior Lecturer in the Department of Computer Science at the University of Auckland.