BGP prefix hijacking is a persistent threat against Internet organizations, attributed to a lack of authorization and authentication mechanisms in the inter-domain routing system.

In 2017 alone, thousands of routing incidents caused costly outages and interception of information, while the exact extent of the problem is unknown. Despite numerous research efforts into ways to protect networks from BGP hijacking (detection, reactive mitigation, proactive defences) over the last 20 years, the majority of the proposed solutions have not found their way to industry, with the exception of RPKI; though its deployment is still very limited. As such, networks are still vulnerable to hijacking events, which frequently require hours (or even days) to be resolved.

In this post, we present ARTEMIS (Automatic and Real-Time dEtection and MItigation System), a defence system that can be used by operators to protect their own network from BGP prefix hijacking events. Using real experiments, we’ve shown that ARTEMIS can detect prefix hijacking events within seconds and neutralize them within a minute; orders of magnitude faster than with current practices.

ARTEMIS is based on comprehensive, accurate and fast detection operated by the AS itself, and enables flexible and fast mitigation of hijacking events. It is used by an AS to protect its own prefixes, and is operated in-house, as software running on a VM/container in the Network Operations Center (NOC). The operator only needs to configure ARTEMIS, providing information about the announced prefixes of the network as well as its neighbours (configuration file; its generation can be automated using information from IRRs, RPKI DBs, and local routers).

The system is composed of three main modules/services: 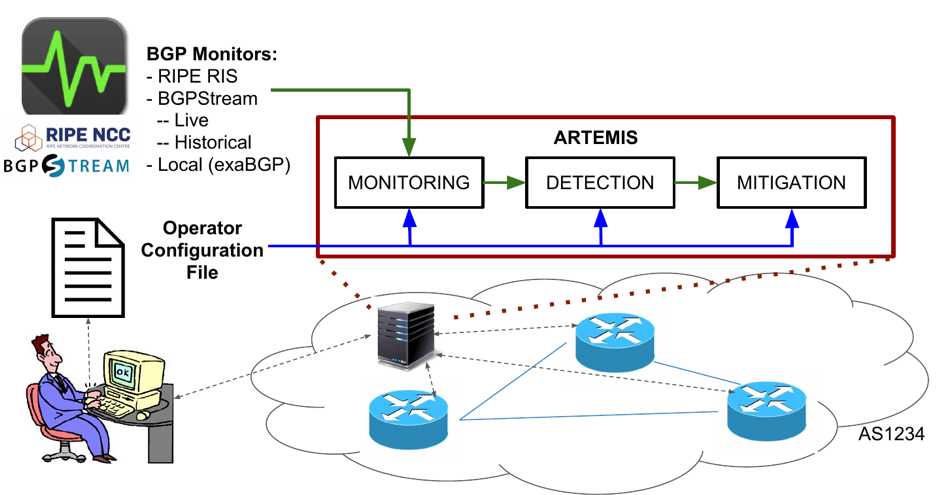 Figure 1 — Overview of the ARTEMIS system. 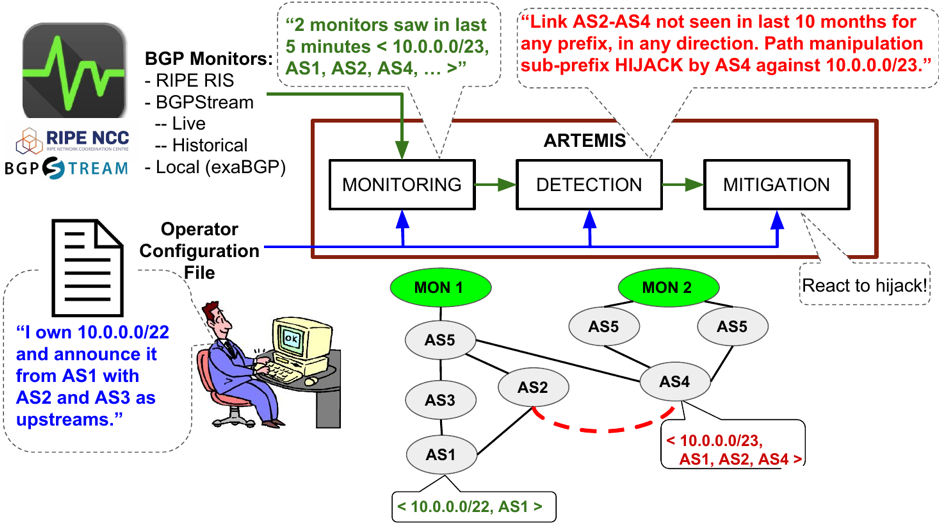 For a comprehensive analysis of the attacks covered by ARTEMIS, as well as its comparison with other related approaches, check out our paper [PDF 459 KB].

In our work, we show that the existing public monitoring infrastructure can enable live detection of all impactful hijacking events. In fact, while a hijacker can employ several means to achieve a stealthy — that is, invisible to BGP monitors — hijack, this can be achieved only at the cost of limited impact (less than 1-2% of AS-level pollution).

Detection operates by cross-checking the BGP updates received by the monitoring module/service, against the local configuration files (for example, origin/neighbour ASNs and announced prefixes) and a knowledge base (containing, for example, observed AS-level links and related metadata) created automatically by ARTEMIS and stored locally.

The ARTEMIS detection approach is: 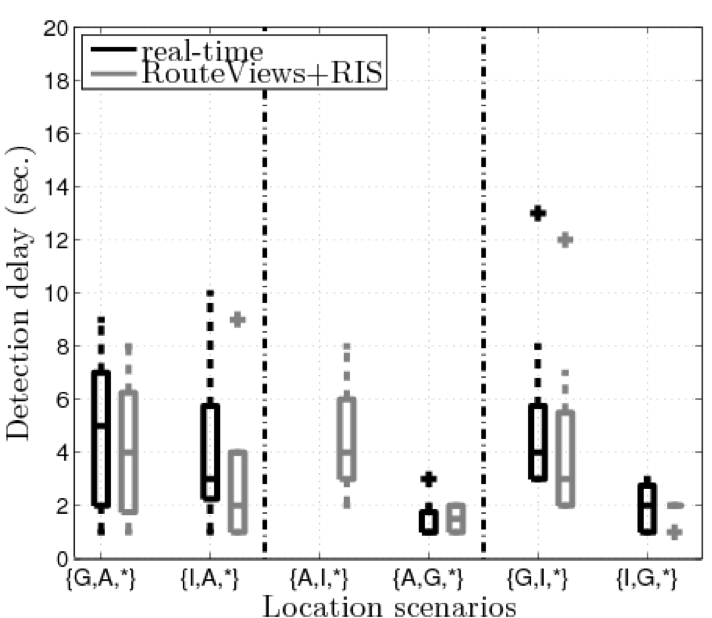 As we show in Figure 4, based on our PEERING experiments, the monitoring-detection-mitigation cycles for a hijack require at maximum 1 minute. Therefore, departing from the current approaches of manual intervention, bringing the focus to the network itself, drastically reduces reaction times of defensive countermeasures. 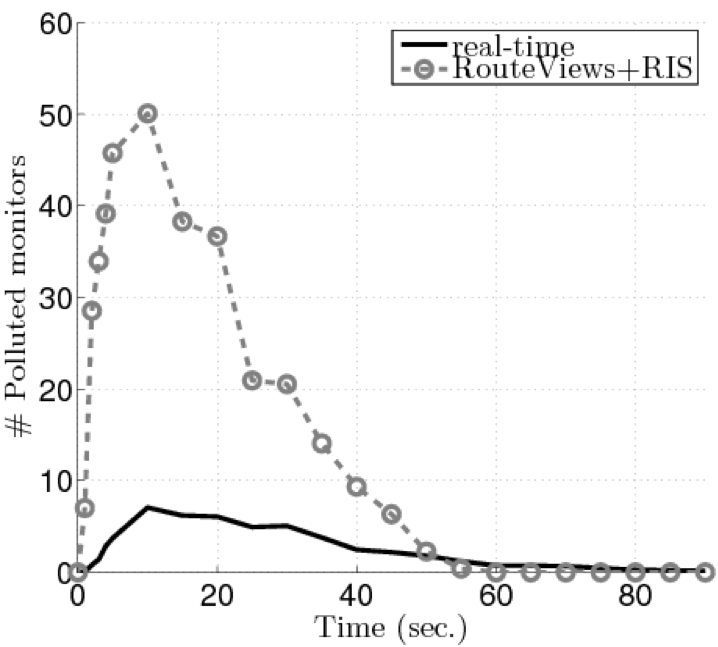 State of the art

Network operators currently deal with BGP prefix hijacking using two main defence types: proactive, such as RPKI, and reactive, such as third-party detection services raising alerts that operators then need to manually verify and resolve (for example, via prefix de-aggregation or contacting other networks for filtering).

On the one hand, technologies such as RPKI and BGPsec are fully effective only when globally deployed (and still may not prevent all potential attacks); in practice, operators are reluctant to deploy them (currently less than 10% of prefixes are covered by ROAs) due to associated technical and financial costs/risks, and the cyclic dependency between limited adoption and deployment (see Figure 5). 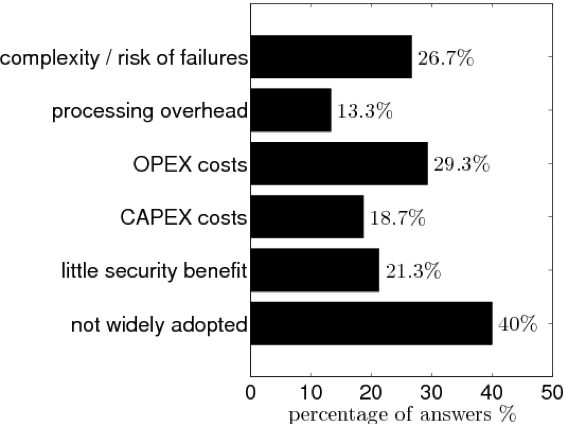 On the other hand, current, third-party services suffer from multiple issues, such as:

Therefore, under this regime, prefix hijacks still affect networks for critical periods of time, up to days (see Figure 6), with dire consequences in terms of costs and reputation for the victim networks.

ARTEMIS reduces these times from hours/days to a few minutes, aiming to become a practical and useful tool for the network community. Figure 6 — How much time an operational network was affected by a hijack (source [PDF 147 KB]).

ARTEMIS is currently under development; recent updates were presented during the RIPE 76 Routing WG. Operators are welcome to answer our related questionnaire, while we encourage everyone to visit our website, where you can also find our contact information, read the ARTEMIS paper [459 KB], and check out the results of the related survey [PDF 254 KB], and our demo [PDF 146 KB].

Moreover, we would welcome advice on integrating ARTEMIS in operational environments for testing purposes (for example, real-world configurations and setups), as well as feedback for further improvement or inclusion of new services.

Vasileios Kotronis is a postdoctoral researcher at the Foundation for Research and Technology – Hellas (FORTH) and is a member of the INSPIRE group at the Institute of Computer Science (FORTH-ICS).