Every day, new types of malware are discovered. However, many of them are actually variants of existing malware — they share most of the code and there is a slight difference in configurations such as command and control servers. In this post, we would like to introduce details of ‘MalConfScan’, a new open-source tool we’ve developed at JPCERT/CC to extract malware configurations.

In most cases, malware analysis begins with unpacking the malware to extract its configuration.

MalConfScan is a plugin for The Volatility Framework (hereafter Volatility), a memory forensic tool, which extracts configurations from unpacked executable files loaded on the memory. It can perform multiple functions, including:

Figure 1 is an example of malconfscan execution. First, a malware-injected process name (Name), the process ID (PID) and the name of the detected malware (Malware Name) are displayed. Malware configuration (Config info) is also displayed. 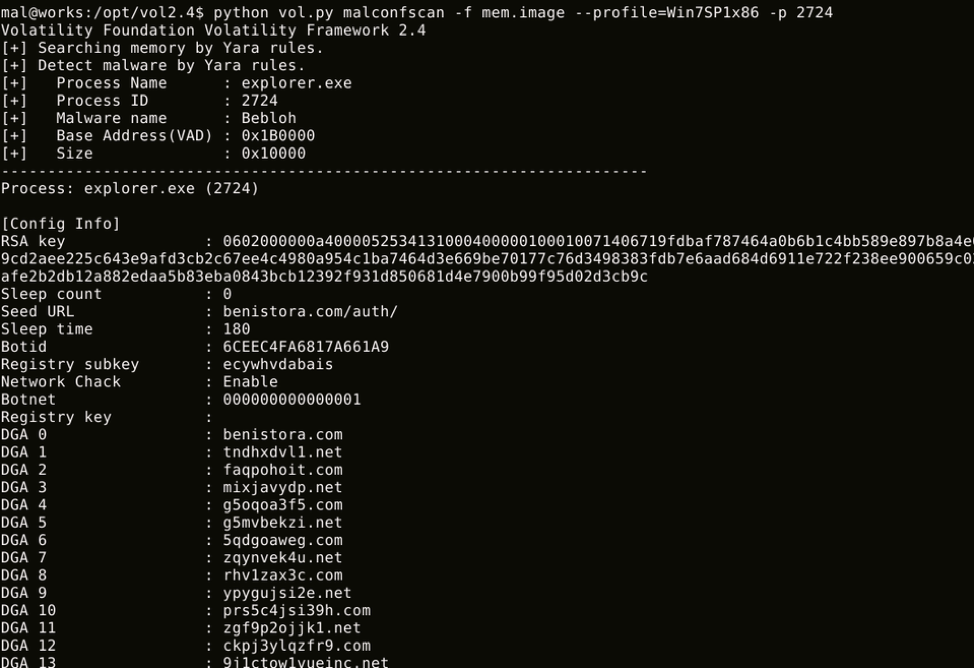 
Table 1 — Malware which malconfscan is compatible with.

malstrscan detects process hollowing on the memory and lists the strings that the process refers to. Although malware configurations are usually encoded, malware decodes it when referring to the information, and this is sometimes left on the memory. This function can pick up such remaining configurations (as seen in Figure 3). 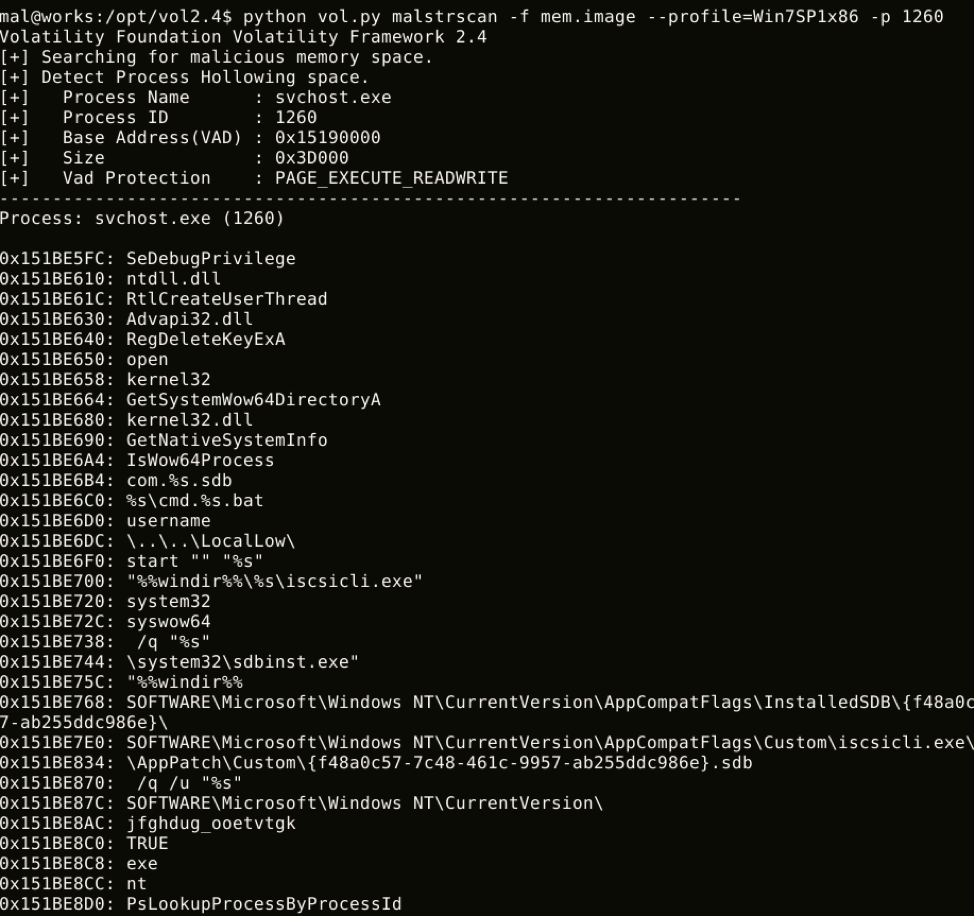 malstrscan lists strings only from the memory space where the PE file is loaded. With the ‘-a’ option, it can also list strings in heap and parent memory space.

As part of the MalConfScan project, we have also developed a plugin that automatically extracts malware configurations using MalConfScan and the Cuckoo Sandbox (hereafter ‘Cuckoo’) (see Figure 4). 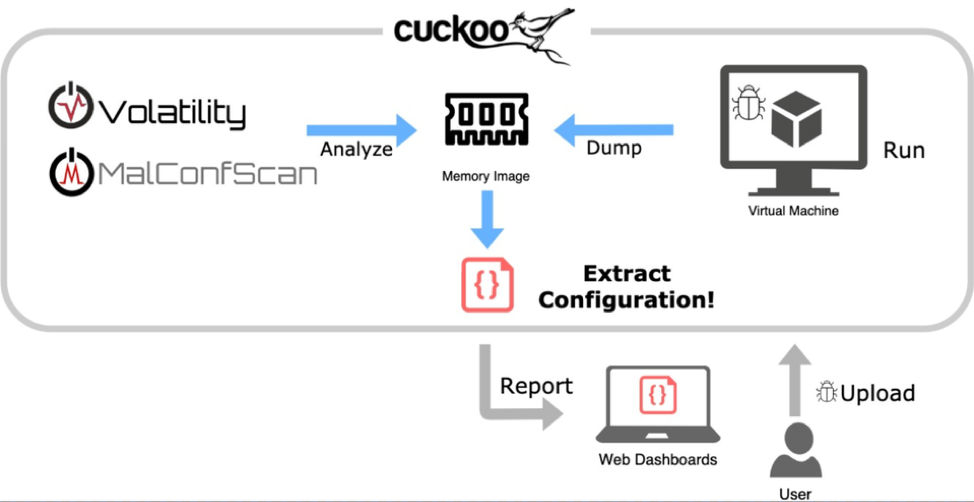 Figure 4 — Behaviour of MalConfScan with Cuckoo. 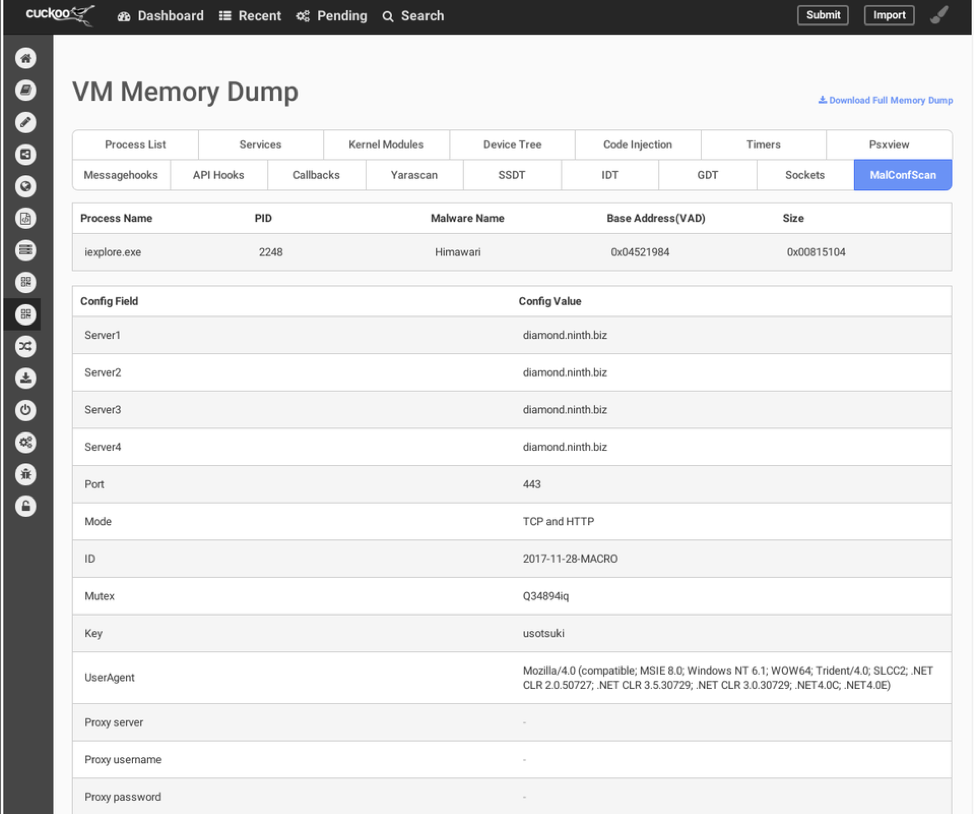 Figure 5 — A report of MalConfScan with Cuckoo showing the configuration of malware Himawari, a variant of RedLeaves, which is used in targeted attacks. The configuration contains a C&C server, destination port, protocol, and the encryption key.

Additionally, the results can also be obtained in JSON format.

Even if malware has an anti-VM or anti-sandbox function, the MalConfScan with Cuckoo can still extract the configuration by spoofing some environmental information.

MalConfScan and the MalConfScan with Cuckoo plugin are useful malware analysis and memory forensics tools that we hope can help with incident investigations. Keep an eye out for  updates as we work to make it compatible with other types of malware.

To download and learn more about the tool and project check out our GitHub page.

Adapted from original posts [1,2] on the JPCERT/CC Blog.

Tomoaki Tani is a forensics analyst at the JPCERT/CC incident response group.

APNIC · 7 hours ago
@apnic
Researchers model a complex graph from #PeeringDB to characterize the key Internet #peering players and their interactions over time.
https://t.co/Rn4o8i036l