Network Address Translation (NAT) and Network Address Port Translation (NAPT) are  technologies many people have a strong opinion about. For years, they have been the necessary evil and invaluable (yet massive) hacks that kept IPv4 from falling apart in the face of its abysmally small 32-bit address space — which was, to be honest, absolutely OK for the time the protocol was designed, when computers cost a small fortune, and were as big as lorries.

IPv4 has been abused for quite some time now. We made it into the fundamental building block of the modern Internet; a network of a scale it was never designed for. It is due time to put it to rest and replace it with its controversial, yet problem-solving, 128-bit grandchild, IPv6.

So, what should be the place for NAT in the new Internet, which makes the return to the end-to-end principle one of its main tenets?

Well, none, according to the IETF, which has for years tried to dissuade everyone from dabbing with NAT66 (the name NAT is known on IPv6); this is with good reason, though. For too long, the supposedly stateless, connectionless level 3 IP protocol has been made into an impromptu ‘stateful’, connection-oriented protocol by NAT gateways, just for the sake of meeting the demands of an infinite number of devices trying to connect to the Internet.

This is without considering the false sense of security that address masquerading provides; I cannot recall how many times I’ve heard people say that (gasp!) “NAT was a fundamental piece in the security of their internal networks” (it’s not).

Given that the immensity of IPv6 address space allows providers to give out full /64s to customers, I’d always failed to see the point in NAT66 — it always felt to me as a feature fundamentally dead in the water, a solution seeking a problem, ready to be misused.

Well, this was before discovering how cheap some hosting services could be.

Being cheap: the root of all evils

I was quite glad to see a while ago that my Virtual Private Server (VPS) provider had announced IPv6 support. Thanks to this, I could finally provide IPv6 access to guests of the VPNs I host on that VPS, without having to incur delay penalties caused by tunnelling the traffic on good old services such as Hurricane Electric and SixXS (the latter of which ironically closed last June because “many ISPs offer IPv6 now”). Hooray!

My excitement was, unfortunately, not going to last for long, and it was indeed barbarically butchered when I discovered that despite having been granted a full /32 (296 IPs), my provider decided to give its VPS customers just a single /128 address. 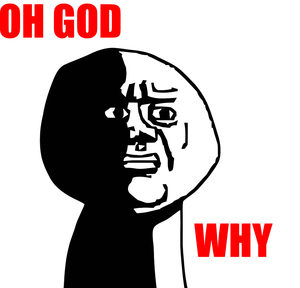 Given that IPv6 connectivity was something I really wished for my OpenVPN setup, this was quite a setback. I was left with only two reasonable choices:

Hurricane Electric is, without doubt, the most orthodox option between the two: it’s free of charge, it gives out /64s, and it’s quite easy to set up.

The main showstopper here is definitely the increased network latency added by two layers of tunnelling (VPN > 6to4 > IPv6 Internet).  And, given that by default native IPv6 source IPs are preferred to IPv4, it would have been bad if having a v6 public address incurred a slow down of connections with usually tolerable latencies, especially if there was a way to get decent RTTs for both IPv6 and IPv4.

So, with a pang of guilt, I shamefully committed the worst crime, and set up NAT66.

How to get away with NAT66

The process of setting up NAT usually relies on picking a specially reserved, privately-routable IP range, to avoid internal network structures conflicting with outer networking routing rules (it still may happen, though, if under multiple misconfigured levels of masquerading).

The next step was to configure my OpenVPN instances to give out ULAs from subnets of my choice to clients, by adding at the end of my config the following lines:

Given that I also want traffic towards the Internet to be forwarded via my NAT, it is also necessary to instruct the server to push a default route to its clients at connection time.

The clients and servers were now able to ping each other through their local addresses without any issue, but the outer network was still unreachable.

I continued the creation of this abomination by configuring the kernel to forward IPv6 packets. This is achieved by setting the net.ipv6.conf.all.forwarding = 1 with sysctl or in sysctl.conf (from now on, the rest of this article assumes that you are under Linux).

Afterwards, the only step left was to set up NAT66, which can be easily done by configuring the stateful firewall provided by Linux’s packet filter.

I personally prefer (and use) the newer nftables to the {ip,ip6,arp,eth}tables mess it is supposed to supersede, because I find it tends to be quite less moronic and clearer to understand (despite the relatively scarce documentation available online, which is sometimes a pain. I wish Linux had the excellent OpenBSD’s pf…).

Feel free to use ip6tables, if that’s what you are already using, and you don’t really feel the need to migrate your ruleset to nft.

This is a summarized snippet of the rules that I’ve had to put into my nftables.conf to make NAT66 work; I’ve also left the IPv4 rules in for the sake of completeness.

PS: Remember to change MY_EXTERNAL_IPVx with your IPv4/6!

table ip6 nat table and chain forward in table inet filter are the most important things to notice here, given that they respectively configure the packet filter to perform NAT66 and to forward packets from the tun* interfaces to the outer world.

After applying the new ruleset with the nft -f <path/to/ruleset> command, I was ready to witness the birth of my little sinful setup. The only thing left was to ping a known IPv6 from one of the clients, to ensure that forwarding and NAT are working fine. One of the Google DNS servers would suffice:

Perfect! NAT66 was working, in its full evil glory, and the client was able to reach the outer IPv6 Internet with RTTs as fast as IPv4. What was left now was to check if the clients were able to resolve AAAA records; given that I was already using Google’s DNS in /etc/resolv.conf, it should have worked straight away:

What? Why is ping trying to reach Facebook on its IPv4 address by default instead of trying IPv6 first?

One workaround always leads to another

Well, it turned out that Glibc’s getaddrinfo() function, which is generally used to perform DNS resolution, uses a precedence system to correctly prioritize source-destination address pairs.

I started to suspect that the default behaviour of getaddrinfo() could be to consider local addresses (including ULA) as a separate case than global IPv6 ones; so, I tried to check gai.conf, the configuration file for the IPv6 DNS resolver.

What is shown in the snippet above is the default label table used by getaddrinfo(). As I suspected, a ULA address is labelled differently (6) than a global Unicast one (1), and, because the default behaviour specified by RFC3484 is to prefer pairs of source-destination addresses with the same label, the IPv4 is picked over the IPv6 ULA every time.

Damn, I was so close to committing the perfect crime.

To make this mess finally functional, I had to make yet another ugly hack (as if NAT66 using ULAs wasn’t enough), by setting a new label table in gai.conf that didn’t make distinctions between addresses.

By omitting the label for fc00::/7, ULAs are now grouped together with GUAs, and natted IPv6 connectivity is used by default.

So, yes, NAT66 can be done and it works, but that doesn’t make it any less than the messy, dirty hack it is. For the sake of getting IPv6 connectivity behind a provider too cheap to give its customers a /64, I had to forgo end-to-end connectivity and hack ULAs to achieve something they weren’t really devised for.

Was it worthwhile? Perhaps. My ping under the VPN is now as good on IPv6 as it is on IPv4, and everything works fine, but this came at the cost of an overcomplicated network configuration. This could have been much simpler if everybody had simply understood how IPv6 differs from IPv4, and that giving out a single address is simply not the right way to allocate addresses to your subscribers anymore.

The NATs we use today are relics of a past where the address space was so small that we had to break the Internet in order to save it. They were a mistake made to fix an even bigger one — a blunder whose effects we now have the chance to undo. We should just start to take the ongoing transition period as seriously as it deserves, to avoid falling into the same wrong assumptions yet again.

Marco Cilloni is a research fellow at the Center for Industrial Research on Information and Communication Technologies Lab of the University of Bologna.