The benefits of peering are well known among ISPs and content delivery networks, particularly when it comes to public peering via an Internet Exchange Point (IXP).

What’s interesting is that this rather established “peering culture” has not translated to the mobile industry, even when more people are connecting to the Internet using mobile broadband than fixed broadband.

In preparation for the 5G era, the mobile industry needs to evolve and adopt such a culture as a means to reduce latency, increase redundancy and capacity, and most importantly, lower costs. Our experience with Smart IX is an example of how mobile operators can benefit from peering.

Smart IX is the first wide-area L2-based IXP in Asia. It was established in 2014 by BBIX (a subsidiary of Japanese Internet company SoftBank Corp) to change the connectivity for Mobile Network Operators (MNO) in the region, with subsidiaries in Hong Kong and Singapore.

We held initial discussions with several major MNOs about the concept in 2012 as a means of improving connectivity and performance of newly rolled out 4G networks.

The IX service can provide multiple L2 access on a single port at the following nine locations: 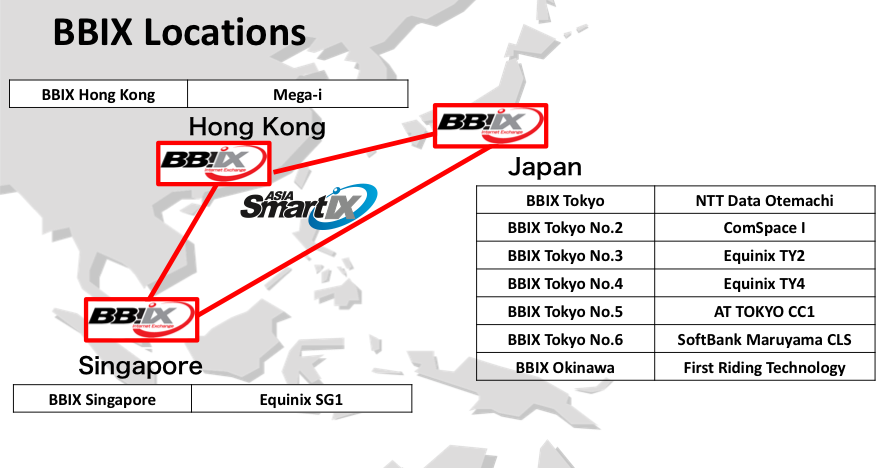 We divide the IX service into two segments, local (Tokyo + Okinawa, Hong Kong, and Singapore) and inter-node (among three countries over fully redundant submarine cables). Members can choose the local segment access from remote sites too.

The backbone for mobile roaming makes up only a small part of the Internet.

Many MNO’s interconnect using the BGPv4 protocol with GSMA private ASNs and GRX as a common transit provider. But the connection cost is usually very expensive compared to the backbone of fixed broadband. Worse, tromboning traffic sometimes reduces the quality, caused by a historical issue with the inter-GRX connection in Europe. 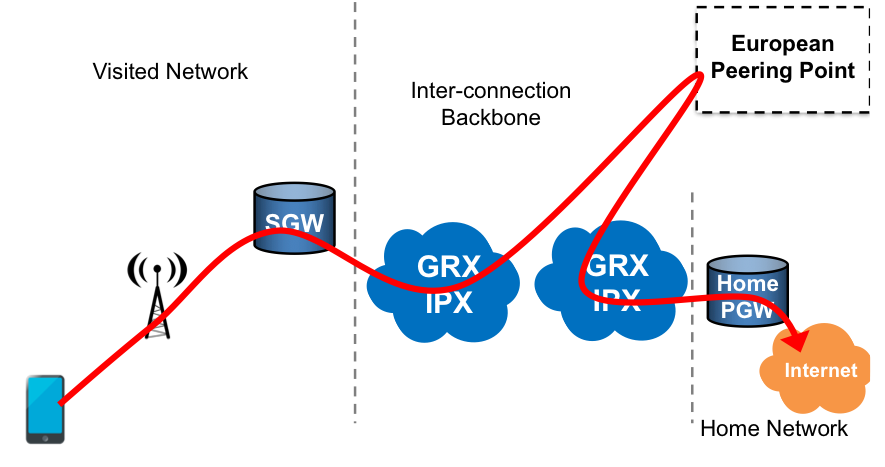 Figure 2: Peering can be a less expensive transit option than GRX.

To overcome these issues, we introduced the “Peering Culture” to the Mobile Roaming World. By eliminating such unnecessary hops between the operators, end-users of RPX connected operators can now enjoy high-speed LTE-roaming.

Plans for the future

We believe in the power of peering so much so that our company slogan is “No Peering, No Internet”.

To contribute to the future of the Internet, we’ll keep working to deploy unique initiatives, like our recently opened POP at Maruyama Cable Landing Station (CLS). Maruyama is located in the Boso area in Chiba, Japan, a very popular submarine cable landing area. Maruyama CLS is one of the biggest CLSs in Asia and a major point of submarine cable intersection between the USA and Asia.

This new POP will allow any submarine cable system owners with a landing to easily access the exchange without paying expensive back-to-back local loop cost fees to central Tokyo.

More convenient POPs bring a better peering world and underline our goal to achieve the best peering environment in this region.