To better understand the peering characteristics of our members, we recently studied the routing table of our route servers operating at JPIX Tokyo and JPIX Osaka.

Below is a summary of our results, which we presented during APRICOT 2017 Lightning Talks.

The number of IPv4 routes at JPIX Tokyo and JPIX Osaka has been increasing on average by 4,000 IPv4 routes a year. You’ll note that this increase has not been consistent (see Figure 1 and 2) but included some huge increments and temporary decrements. 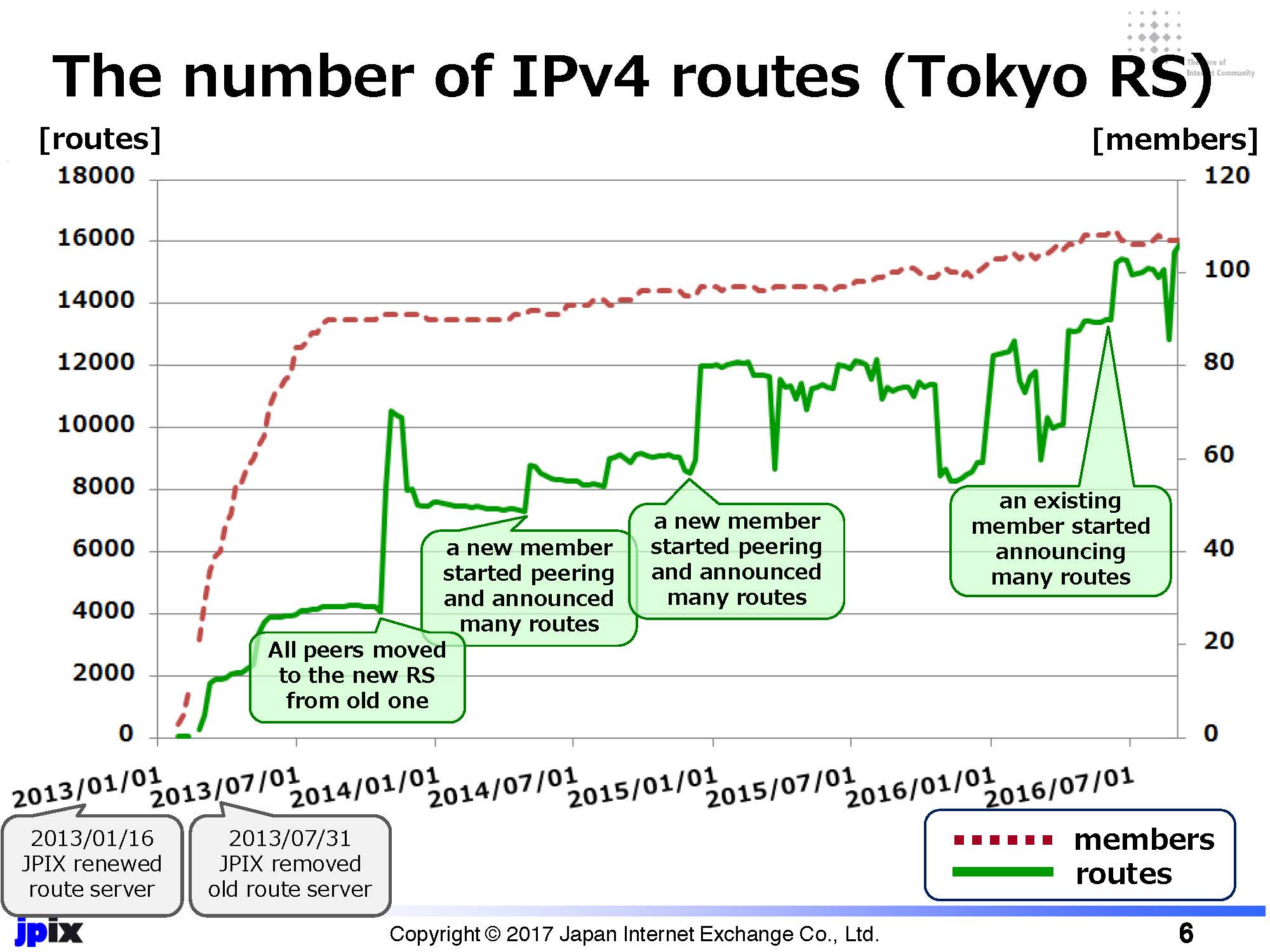 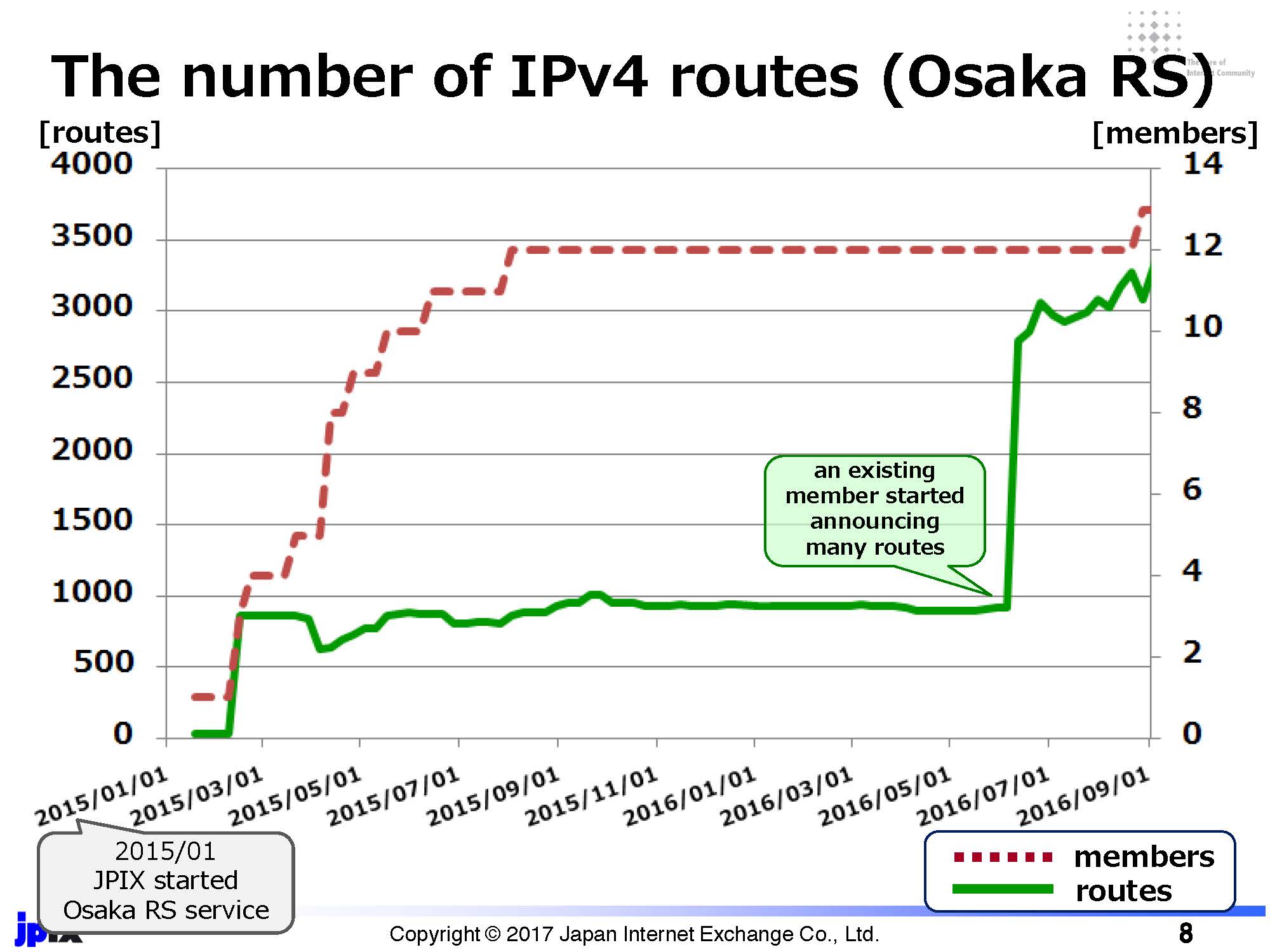 It is worth noting that, at the JPIX Tokyo route server, we found the number of IPv4 routes had increased by more than 50% between 2014 and the end of 2016, in which time we had just over 20 new members.

Distribution of the prefix size

The majority of prefixes we observed at JPIX Tokyo and JPIX Osaka are /24 (IPv4) and /48 (IPv6), which are the minimum assignment sizes for IPv4 and IPv6.

That said, you can see in Figure 3 that our route servers in JPIX Tokyo also receive some IPv4 prefixes that are greater than these minimum assignment sizes (including /31 and /32!) 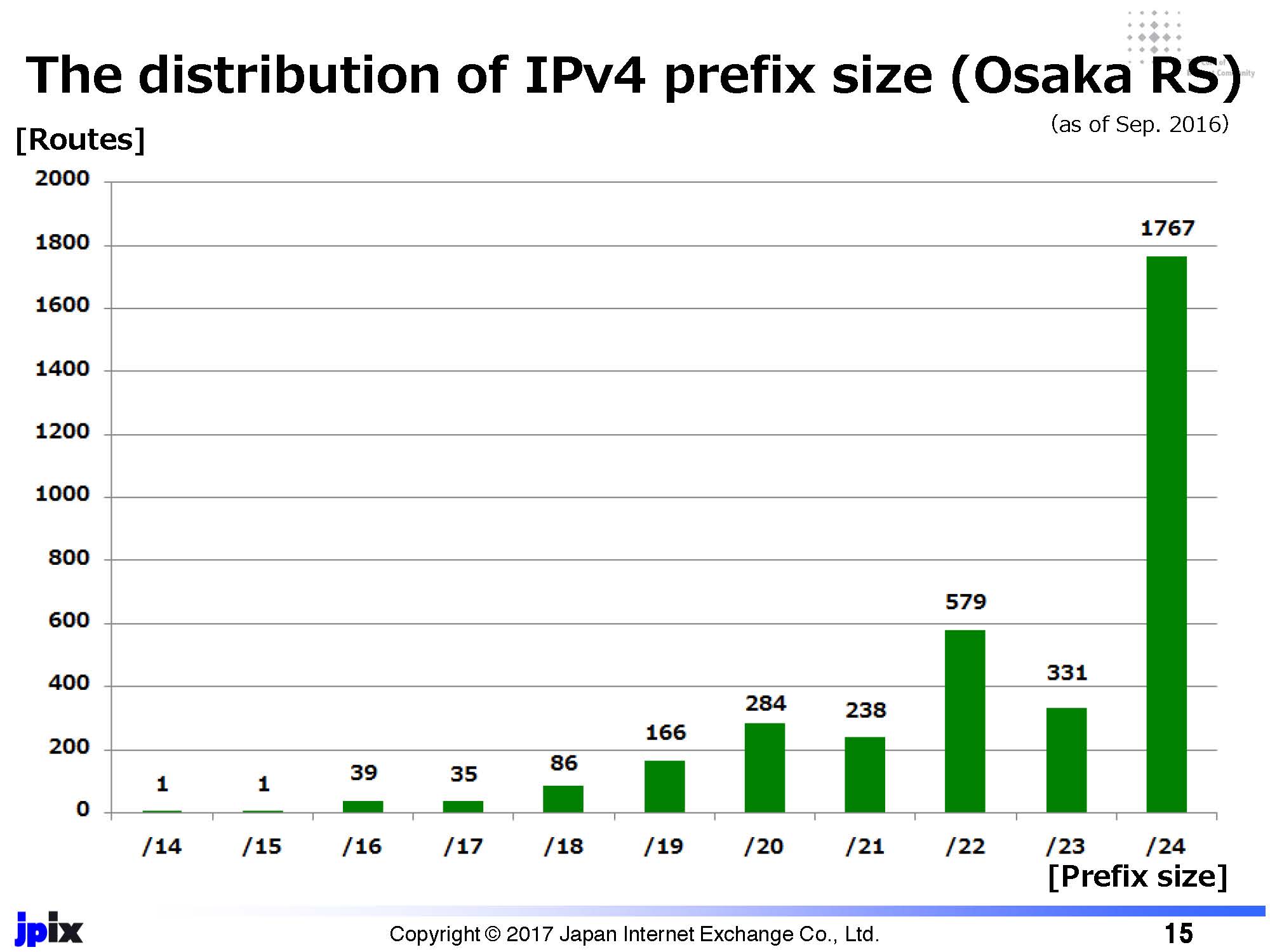 In terms of IPv6 routes, we saw a significant increase in IPv6 routes only at both our Tokyo and Osaka route servers, when an existing member started announcing more than 15,000 routes on each network in 2016.

As best practice, we encourage our members (and others who peer at other IXPs) to inform their peers and IXes in advance when they expect to significantly increase/decrease the number of advertised routes, in order to reduce the risk of these instances happening. It may seem like an unnecessary thing to say, but others will appreciate a short and simple announcement. We also encourage everyone to update their prefix data in community databases such as PeeringDB.

Peering is built on trust between organizations’ advertising routes and those receiving them. Let’s work on good peering for stability of the Internet.

As of April 2017, around 160 Autonomous Systems (ASes) are connected to our IX switch. Our members include ISPs, cable TV operators, Content Delivery Networks and cloud providers.