At APNIC 42 I presented a summary of the IANA stewardship transition, looking back on the recent years of effort leading to the successful conclusion of the 18 year long stewardship of the US government over the IANA functions.

This historical milestone, which occurred at midnight on 30 September, deserved a celebration, and we had one at APNIC42.

But more than recognising the expiration of the IANA functions contract, the party at APNIC42 celebrated the process leading to that event. In two years of intense effort, with very heated and detailed discussions, the global Internet community came together to produce the plan called for by the NTIA in March 2014. 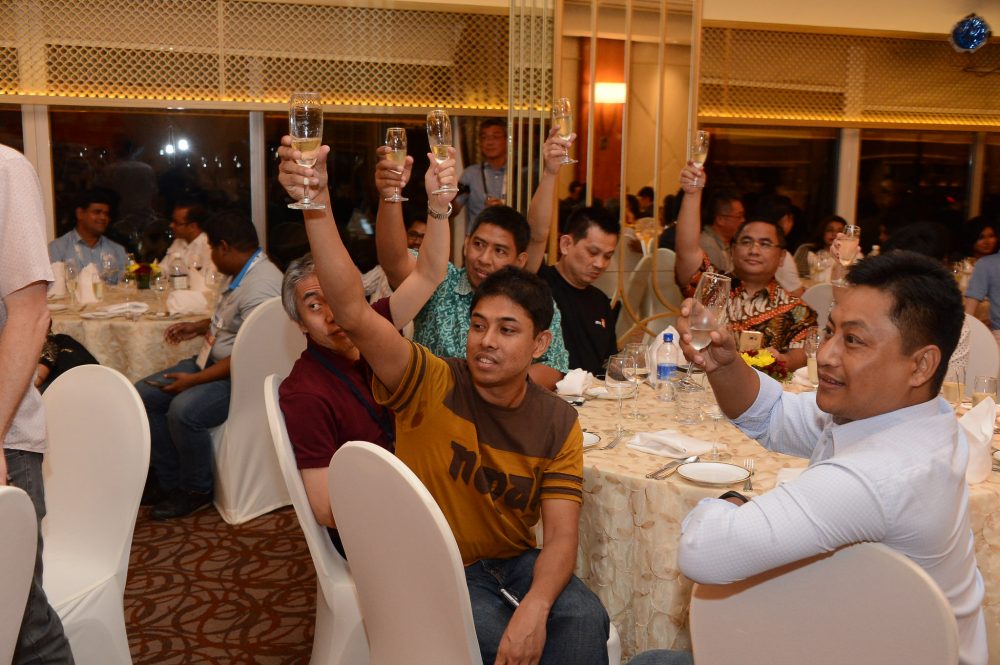 Many people wondered: what will change?  Of course, the stewardship transition is about the US government no longer having an oversight role over the IANA functions. Which is very meaningful at a global level to those who saw this special role as inconsistent with the nature of the Internet itself.

The paradox of all of this is that nothing will change in any practical or operational sense. And that was exactly the end goal of the numbers community proposal for this transition to occur! In essence, the proposal sought to protect the future of the IANA and its functions from any political or governmental interference, so those functions would remain as reliable and steady as ever.

For more than 10 years, APNIC and the RIR communities actively advocated for the end of a special role by a single government. For all of us, it has always been important for the historical role of the US government in the IANA functions to come to an end. It served its purpose in the early stages of Internet development as it helped to stabilize the IANA operations. But in fact, with regards to IP addresses, the IANA-related role of the US government evolved as purely symbolic and with no practical influence in its operations.

In developing a plan for the IANA Stewardship Transition, the primary concern for the APNIC community was that IANA (or subsequent entity) would continue to answer RIR requests, and for number blocks to be delegated according to the global policies determined by the RIR communities. This interest was reflected in the numbers proposal (from CRISP) for the IANA stewardship transition.

The second main interest from the numbers community was the ability to choose an IANA functions operator.  Note though, that the numbers community has been supportive of ICANN to continue as service provider, and there has been no desire for that to change. But the community needed the option to choose a new operator in case the service provision deteriorated, and that ability was reflected in the CRISP proposal and, overall, in the final IANA stewardship transition proposal. This is also why the RIRs negotiated and agreed a Service Level Agreement (SLA) with ICANN, which was signed in March 2016 and became effective when the transition occurred.

For the numbers community, however, accountability issues with ICANN were already in place through existing agreements, and now with the SLA added to those agreements, the relationship between RIRs and ICANN has been formalized even further. The SLA was at the core of the numbers “stewardship transition” as the contractual mechanism that would replace the historical oversight of the US government, now with accountability being placed between ICANN and the RIRs, with no governments involved.

During our celebration in Colombo on 3 October, the APNIC EC Chair, Gaurab Upadhaya, thanked the APNIC community for their important role in the IANA stewardship transition.  At the Members meeting, he also proposed a declaration, on behalf of the APNIC community, which was accepted by acclamation:

The transition of the stewardship of the IANA functions from the United States government to the global Internet community is a significant achievement that is 18 years in the making.

As the world’s fastest growing Internet region, it was vital that the voice of the Asia Pacific was heard in the IANA Stewardship Transition process and we salute the tireless effort of all those involved.

This is a celebration of the process as much as it is of the results. This process has – once again – demonstrated that the multistakeholder model works, and is the best governance model to maintain a growing, stable and open Internet.  No single person, company, organization, or government runs the Internet; it belongs to everyone.

The APNIC community will continue to manage Internet number resources responsibly and is ready to assume its role in the oversight of these critical functions.

I too wish to say a final thanks, very sincerely, to all who were involved, directly or indirectly in this process; that includes in particular the entire APNIC membership, who collectively funds and supports this organisation to do the work we do.