APNIC staff were among the 400-plus people who attended the four-day meeting held from 25 to 29 April 2016 in Tahiti, French Polynesia. Other attendees included numerous ministers and senior officials (attending the High-Level Leaders’ meeting), as well as representatives from Pacific telcos and ISPs, governments and regulators.

This PITA meeting was especially well-attended, and well-supported by a long list of sponsors. The program covered many important issues for the region including new satellite services and technologies, undersea cable developments, network interconnections, and disaster planning.

The PITA AGM also marked the end of Ivan Fong’s two terms as PITA’s President. Sione Veikoso, Deputy CEO of Tonga Communication Corporation, was nominated and elected as the new President during the meeting, and becomes the first Tongan to hold this position. 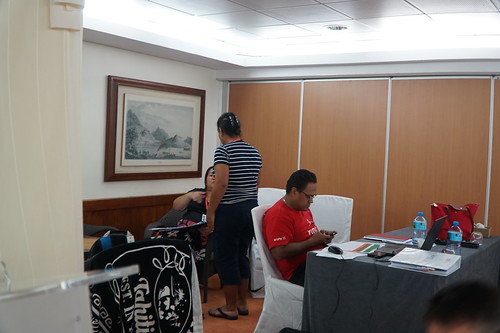