Recently we welcomed the 5,000th Member to our community.

In light of this occasion, we thought we’d take a trip down memory lane and talk to the person who helped recruit APNIC’s first Member – Telstra Corporation Limited – 20 years ago.

Member contacts come and go, which is an important reason why you should update your network contact details on the APNIC Whois Database. Upon inspecting our Database, we realized that the original contact had indeed left Telstra over 10 years ago. Lucky for us he didn’t stray far. 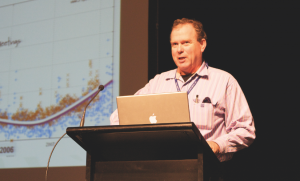 Geoff Huston, APNIC’s Chief Scientist, was Telstra’s original contact all those years ago. From 1995 to 2005, Geoff was the Chief Internet Scientist at Telstra, where he provided a leading role in the construction and further development of Telstra’s Internet service offerings.

We asked Geoff about Telstra’s motive to join APNIC, how the numbers community and APNIC has changed since then and what advice he has for our new Members.

Why did Telstra become a Member of APNIC?

Telstra was a very early commercial entrant into the Internet, as it shifted from academic to general communications in the mid 90s.

In 1995, they operated much of the national Internet infrastructure of the day when they purchased the Australian Academic and Research Network.

Telstra knew the Internet was going to have an impact upon the way people communicated, but like most telecos they weren’t exactly sure what to make of it. They were one of a relatively small set of large-scale commercial players at the time when the Internet was just emerging from the academic and research sector.

Telstra were interested in participating in international and regional structures that were capable of supporting the Internet. For this reason, they were early and committed members of APNIC, which promised stability and assurance in the address infrastructure for the region.

How in particular did APNIC provide this stability and assurance?

In the early 90s the technical community was aware that existing address allocation practices were unsustainable.

At the time, the Class-based address structures meant that invariably you received far more addresses than you actually needed at the time, and the pool of Class B addresses had just a few years to go before its inevitable exhaustion. The shift to classless addressing structure in the early 90’s drastically reduced the address consumption rate, but it implied a more detailed conversation with the address registry over precisely how many addresses you needed.

The priority at the time was to develop address policies that strike an appropriate balance between sustainability and utility. We were looking for ways to extend the usable lifetime of the remaining IPv4 addresses until such a point in time when IPv6 would be viable.

This led to the policy framework we have today were you need to demonstrate a need for addresses; a policy which sustained the usable lifetime of IPv4 for a further two decades.

How has APNIC evolved?

Early on, APNIC was doing everything. It’s taken some years for the rest of the players in the community, including Members, to understand and fulfill their role. And for APNIC to be able to act as a more conventional facilitator and secretariat, helping empowering others in the community achieve what they want.

It’s been difficult getting to that point. As a facilitator there are times were you feel you can do the job quicker and more efficiently but you need to realize that others can do it too if you give them a chance and empower them to do it.

As such, I think APNIC has become as strong as its Members who have a genuine interest in the address registry function.

What advice do you have for APNIC’s 5000th Member?

Some people view us as a simple transactional registry and they accept the rules and policies as being imposed upon them. And they see APNIC as the rule maker as well as the enforcer. That’s the bit they have wrong, unfortunately. 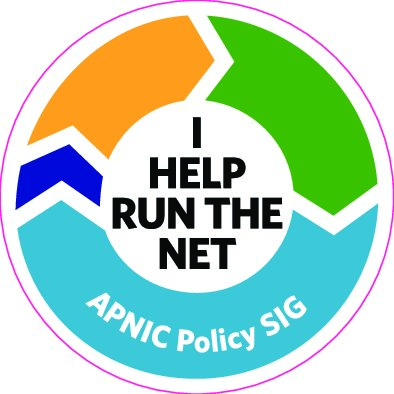 If you don’t like aspects of these address management policies and practices, or think we can do better, then speak up about it. If you are silent then nothing will be done. But if you want things to change for the better, then APNIC can provide the venue for you to discuss this with your fellow Members and stakeholders, to see if others share your views, and how you can work together to effect changes that the wider community can all be comfortable with.