The 54th ICANN meeting has just finished in Dublin. It went for nine days, and attracted nearly 2,500 participants from all over the world.

As expected, the meeting programme was dominated by the IANA stewardship transition plan and improvement of ICANN’s accountability mechanisms. ICANN 54 was a critical meeting in the timeline of those processes, and I’m very glad to report that it achieved more than many of us hoped. As a result, it seems the IANA transition process is still on track.

Here are some details and personal thoughts on the progress made in Dublin, and the work left to do.  Just one footnote: there are many acronyms and abbreviations following; for translation, please see APNIC’s glossary.

Accountability
The work on ICANN accountability is in the hands of the CCWG which held meetings throughout the week in Dublin. There were open CCWG working sessions lasting several days in total, as well as community engagement sessions, and meetings with groups such as the ICANN Board and GAC. Due to the critical need for progress, the CCWG programme was extended with extra meeting time to give it the best chance of reaching agreement.

The CCWG discussions covered the full range of accountability topics, including structural options, decision making and participation, enforceability mechanisms, and changes to the ICANN Bylaws. There were many debates, and disagreements which often seemed insoluble; however by the end of the week, the CCWG converged on a consensus model with most details agreed. This was a variation of the “Sole Designator” model, which is similar in structure to ICANN’s current model, but with improvements including mechanisms for removal of ICANN Board members, safeguards for filing recourse against Board decisions, and rights to reject changes to the Bylaws. 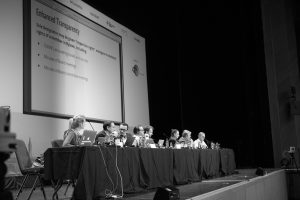 For the RIRs, this latest proposed accountability model seems to satisfy the requirements we’ve expressed: it must ensure our ability to enforce agreements with ICANN, and it must not threaten the current timeline for the IANA stewardship transition. This outcome was certainly helped by the active involvement of our community representatives on the CCWG: Izumi Okutani (APNIC region), Athina Fragkouli (RIPE region), Fiona Asonga (AFRINIC region) and Jorge Villa (LACNIC region).

Before it can declare success, the CCWG must finalise its revised proposal, which it now intends to do by 20 November. At that time, two simultaneous processes will start, for public and SO/AC reviews of the document. After consideration of those inputs, which may require an “intercessional” meeting in January, the CCWG plans to submit a final proposal by 22 January 2016.

IANA Transition
The work of the ICG also continued in Dublin, in three working meetings and a community engagement session. These meetings focussed on completion of the ICG’s final proposal and response to the public comments received, implementation issues, and what role, if any, the ICG would play during the implementation process.

By the end of the week, the ICG agreed on the completed version of its proposal, which will be released after a final edit. This was a major milestone, and now, for the first time since its inception, the group has no further meetings scheduled. However, we have agreed to remain available in case of questions or issues arising during the consideration of the proposal by the NTIA. Once the proposal is approved by the NTIA, the ICG will be dissolved.

There is an important dependency between the ICG proposal and the CCWG’s work on ICANN accountability. While the ICG proposal will shortly be completed, it still relies on a satisfactory conclusion to the accountability work: specifically, the Names Community representatives (in the CWG) will need to explicitly sign off on the CCWG outcome, and hopefully prior to the deadline for the ICG’s submission to NTIA.

Implementation
In Dublin, various discussions were held on the implementation process, by the ICG and CCWG, and also in the ICANN public arena. At the ICG, it is generally agreed that the implementation is a matter for the operational communities, with some feeling there is a need for a “watching brief” to observe progress and watch out for conflicts or interactions. 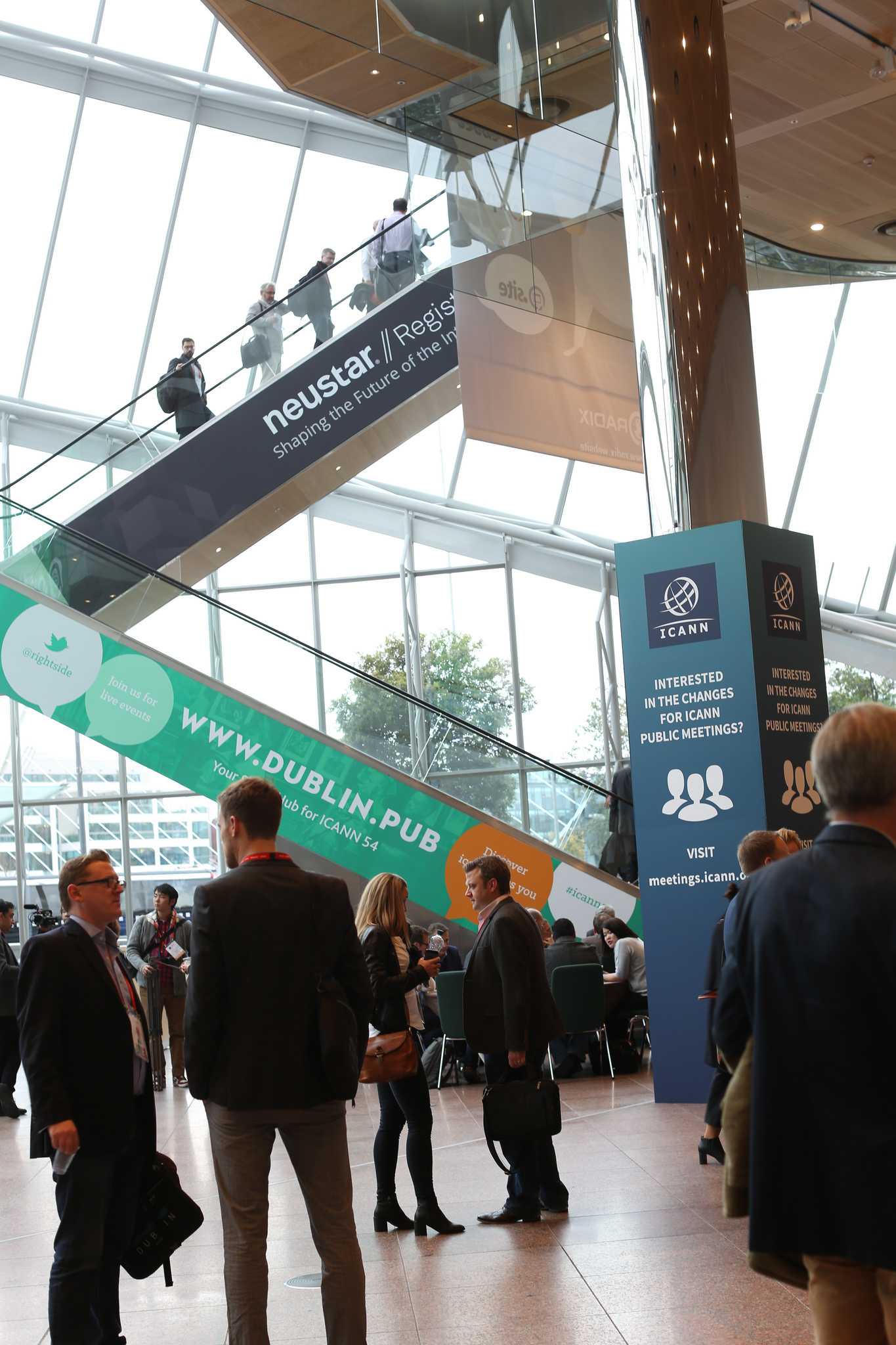 For the RIRs, the SLA is the major task still to be finalised, and we are determined to ensure it is agreed and ready to be signed immediately on approval of the transition plan. Draft SLA versions have been in circulation now since May 2015, and there have been two public comment periods. In Dublin we met with ICANN staff to agree on a set of changes, still subject to community review, and these are incorporated in the third version SLA, to be published shortly.

With each call for comments, the NRO has expressly asked for feedback from ICANN, so we have to hope the third version will be fully acceptable. As usual, we will ask that any further comments should be provided publicly, but we have a reasonable hope there will be no major comments or objections to the coming version.

The Timeline
Under the current timeline, the IANA stewardship transition will formally occur with the end of the USG contract on 30 September 2016; this is one year later than originally expected. Before that date, there is a review and approval period by the USG which requires five months, and then an implementation period (previously estimated at four months).

During a meeting with RIR representatives, NTIA Assistant Secretary, Larry Strickling, said the USG expected to receive the final proposal by the end of 2015, in order to accommodate the nine month approval and implementation process. However, he did concede this deadline could be delayed to the end of January 2016 at the very latest, if necessary. Time is therefore very tight, and any delays in the CCWG process will threaten the timeline.

Contingency Planning
Prior to the ICANN meeting, I proposed a contingency plan to the ICG in case the CCWG does not complete in the proposed timeframe. In this case, I suggested the ICG and CCWG work must be “decoupled” so the ICG can submit the transition plan formally to the USG (via ICANN) by the required time, but with the clear understanding that the CCWG work is not yet complete. The NTIA would then commence its work, knowing (and hoping!) that the accountability solution (with approval of the CWG and ICG) will be delivered during its deliberations. It seems this is a decision the ICG would need to make by 31 January 2016 at the latest. 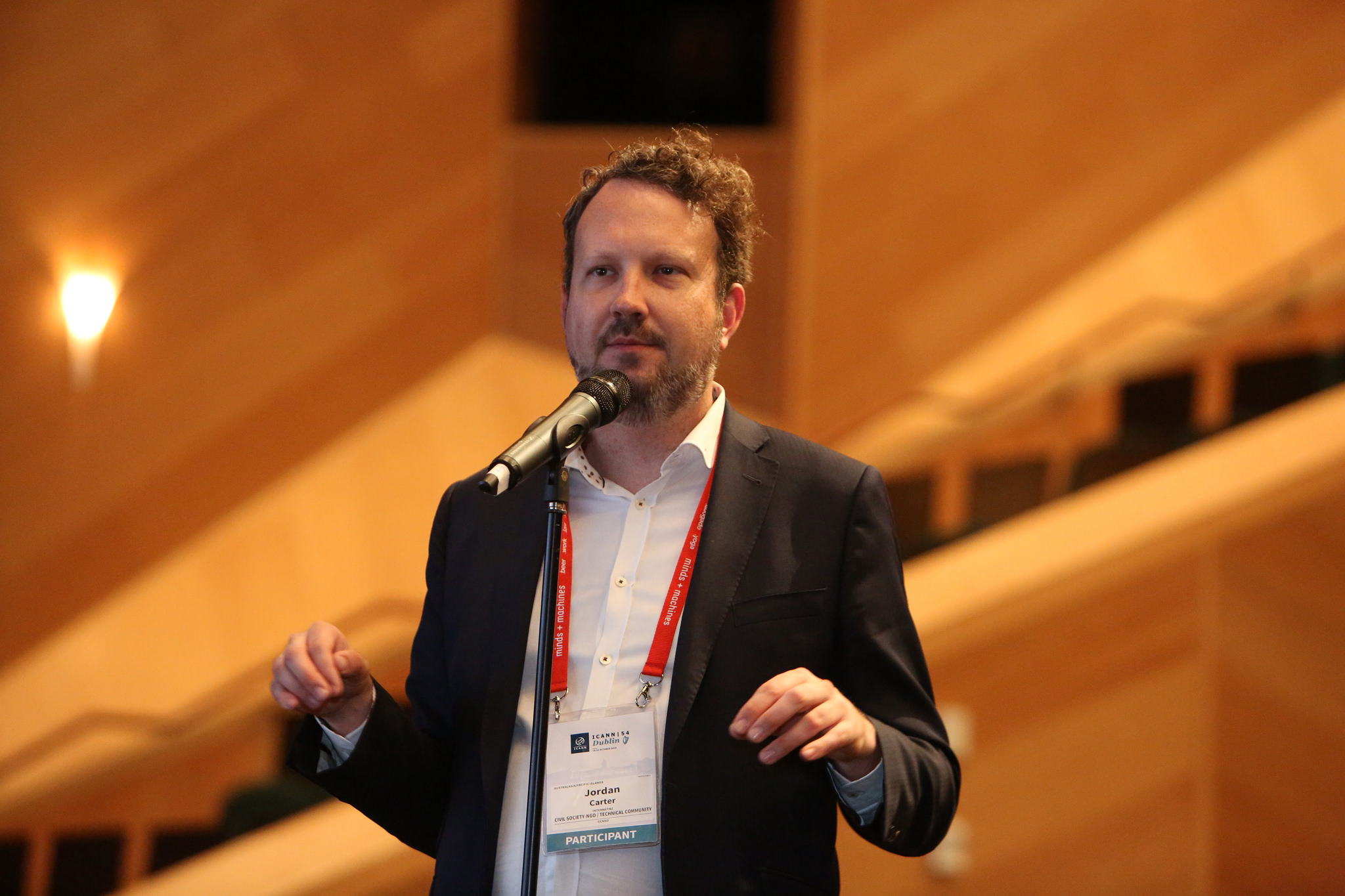 There is another contingency which must be considered: the case in which the CCWG does not complete its work and the ICG plan therefore cannot be approved by the USG. The NTIA in this case will have no alternative but to renew the IANA contract in some form. However, the NTIA would have a choice of renewing the IANA contract in full, implying no transition of IANA services; or else a partial renewal allowing a “staged” transition of the Numbers and Protocols functions.

This “staged transition” approach would release those functions which are ready to be released from formal USG oversight, allowing them to proceed according to their own defined post-IANA arrangements. That would certainly be a better result than to have no transition at all, as it would clearly recognise the success and value of the work done by the community, and indeed by the multistakeholder process itself.

Looking Forward
The RIRs, including APNIC, have been dedicated to the successful transition of IANA stewardship since signing the Montevideo Statement in October 2013. I feel we can be proud of a catalytic role played in that meeting in Montevideo, in the events which have followed, and in the last year of intense activity. The value and importance of the successful transition should not be underestimated as a process which finally globalises the IANA function, just as we requested. It would be the successful conclusion of a process which started with ICANN’s establishment in 1999, and was originally expected to take just a few years.

If this is the case, then a full multistakeholder process will have demonstrated, once more, its ability to work, bottom-up, on a proposal that, under current ICANN jurisdiction, will give the community more say and more power but also the responsibility of caring for these functions. This will be a very good result for the future of the Internet.

Like the rest of the ICANN community, the RIRs are dedicated to the successful and complete transition of IANA stewardship, and this result is now in sight. However, I do feel strongly that the community must consider all contingencies and plan accordingly. In particular if the complete transition is not possible, then we must ask and be ready for a partial transition of those functions which are ready at the critical decision point.

We at APNIC will certainly continue to provide updates in the coming weeks and months, and hope that community members will stay well informed.