APNIC’s Strategic Engagement Director, Pablo Hinojosa, attended a three-day meeting 3-5 September, Pattaya, Thailand, to provide a voice for the regional numbers community as part of a multistakeholder response from Asia Pacific to the WSIS+10 Review – an important United Nations process to review the outcomes of the World Summit of the Information Society in its 10th year anniversary .

Pablo joined 38 experts from 29 organizations, all working in Asia Pacific, to make a contribution to this process, which is scheduled to conclude with a High-Level inter-governmental meeting at the United Nations in New York in December.

The meeting in Pattaya produced an outcome document Pattaya Key Messages on the WSIS+10 Review: Voices from the Asia-Pacific Region.

Below is a blog post, authored and shared by Sheetal Kumar reporting on the three-day meeting. This story originally appeared on Global Partners Digital – Asia Regional Consultation on the WSIS+10 Review. 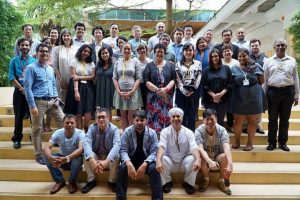 Last week, a diverse group of more than 30 individuals from the Asia-Pacific region met as stakeholders of the unfolding WSIS+10 Review [1]. From representatives of civil society groups working at the grassroots level on ICT capacity building, to researchers, academics, digital rights activists and freedom of expression advocates, each individual brought their own unique perspective to some of the enduring questions at the heart of the Review…

“What do we need to do to achieve the WSIS vision – that is to build a people-centred, inclusive and development-oriented information society, what are the key challenges and what needs to be done about them?”

In the absence of any official national or regional meetings on the WSIS+10 Review and limited participation at the informal multistakeholder event in July, there was an identified lack of opportunity for stakeholders from the region to come together, engage, and formulate joint positions on the issues that they believe their governments need to address in the Review process. All those who participated in the two and a half-day meeting were united by their commitment to the empowering use of ICTs for development and human rights, as well as the need to raise attention about the WSIS process within the region and increase participation among non-governmental stakeholders. 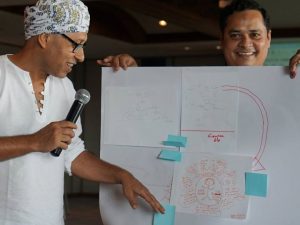 The meeting was organised in the first week of September in order to develop a joint comment on the Review’s non-paper, due to be released at the end of August. Gathering on day 1 however, it was apparent that the non-paper was non-existent and would most likely remain so for the duration of the meeting.

On the first day, therefore, the group analysed existing submissions to the non-paper [2] from stakeholders in the region, identifying key issues across the submissions. This analysis formed the bed-rock for sessions on these key issues, including development, human rights, cybersecurity and internet governance and the specific ways that they relate to realities on-the-ground in the Asia-Pacific region.

Lively exchanges during the sessions, where each participant shared their perspectives, experience of the identified issues and their expertise allowed for rich, thought-provoking and informed discussions. What resulted was what some, in a tongue-in-cheek quip at UN jargon, termed, a ‘non-paper’ for a non-paper. In other words, the outcome document of the meeting provides an initial elaboration of the overarching issues as they relate to the region, which the participants collaboratively formulated as key messages to be addressed in the Review [3]. It will inform inputs into the Review process and thereby seeks to increase regional participation among non-governmental stakeholders in the process.

At the end of the meeting, the participants shared their outreach plans. Everyone emphasised the importance of working through their broad existing networks as well as publishing pieces on the meeting, its outcome and the WSIS process generally online and in both local and national media in order to raise awareness among the public in their countries.

The outcome document “Pattaya Key Messages on the WSIS+10 Review: Voices from the Asia-Pacific Region” and the names and affiliation of each of the participants is available at wsis10.asia. The document includes a link to a shared document that was established as a collaborative platform during the event and which provides a comprehensive documentation of the discussions.

[1] Internet Democracy Project, Bytes for All, APNIC, the Association for Progressive Communications, ISOC, Global Partners Digital and ICT Watch co-organised the event. More information is available on the dedicated website. Remote participation was also made available.
[2] The UN co-facilitators invited submissions into the non-paper, which together with the statements made at the 1st multistakeholder informal consultation in July, form the basis of the non-paper
[3] Working groups were formed and came together at the end of days 1 and 2 to capture the day’s discussions on the key identified issues. The summaries prepared by the working groups were compiled by a drafting committee, which included a representative from each working group. The drafting committee summaries formed the substance of the outcome document, which was opened for consultation to all participants, who then collaboratively discussed and edited the document.