It’s 1990: the Internet has a few million users and the first commercial companies have recently embraced this new distributed infrastructure.

Sending traffic from a network in one region to another typically depends on large transit providers (Tier-1s). These Tier-1s sit at the top of the hierarchy formed by a few thousand existing Autonomous Systems (ASes) that comprise the so-called network of networks.

Much has changed since those early days, where smaller ASes would pay larger ones for connectivity. This dependence on intermediaries resulted in transit fees, indirect routes, large round trip times and a general lack of control over the quality of service. Bypassing intermediaries through direct peering interconnections became the obvious solution, and Internet Exchange Points (IXPs) emerged as the default facility for establishing peering connections. 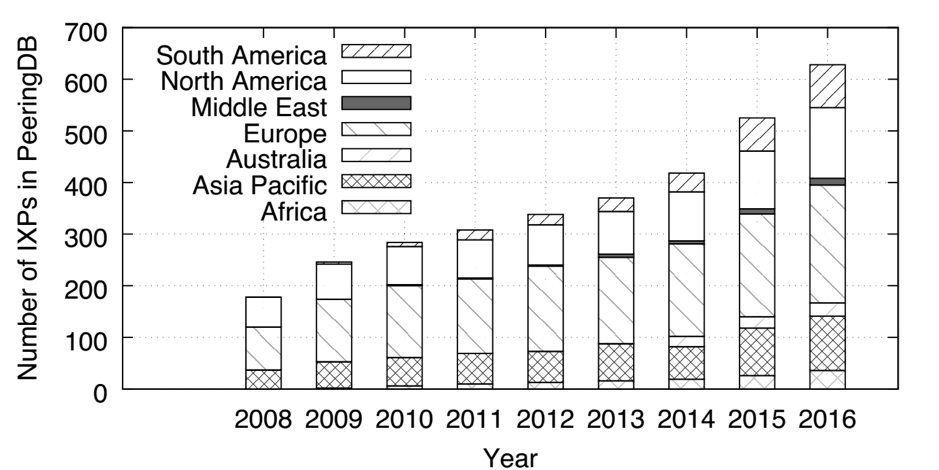 Figure 1 — Evolution of the number of IXPs per region.

What observable impact have IXPs had on the Internet?

Between 2008 and 2016 we found the number of IXPs and members therein roughly tripled (Figure 1). At the same time, reachability through these facilities stagnated at around 80% of the announced (IPv4) address space while resiliency increased due to the growing redundancy (Figure 2).

Across almost every region, IXP membership became richer, with an expanding membership and reachability topped by Europe and North America. However, regional ecosystems were distinct. For example, European IXPs had the largest memberships and smallest ASes (in terms of their reachability), with the Asia Pacific sitting in the opposite extreme. 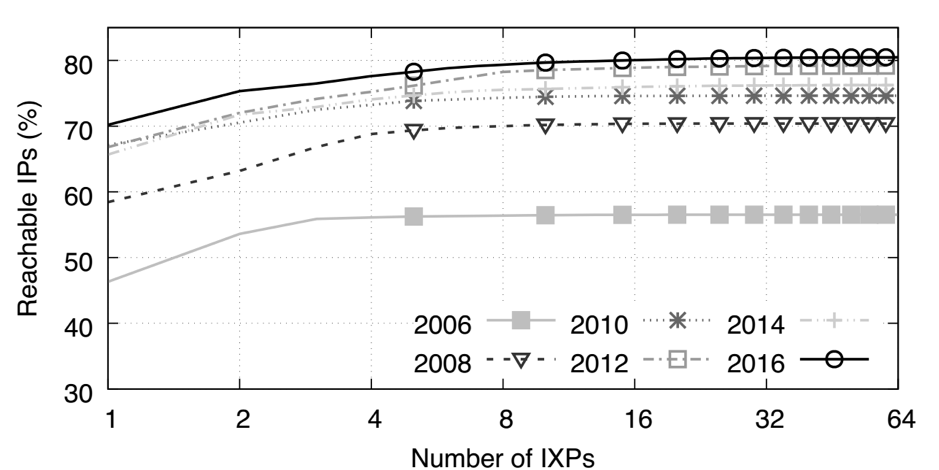 Figure 2 — Evolution of the cumulative reachability through IXPs (without Tier-1s). IXPs are added iteratively for each year.

This growth poses the question of what observable impact IXPs have had on the Internet. To answer this question, we at the Queen Mary University of London, in collaboration with researchers at Roma Tre Univ, Consortium GARR and University of Tokyo, distilled a large collection of traceroutes (Caida Ark and iPLane) covering the same period and identified IXPs along the path (using the TraIXroute).

We found that IXPs have had a clear impact in reducing average AS-level path-lengths, especially to large global networks (hypergiants) (see Figure 3). Since these networks are traffic intensive, it is likely that a large fraction of Internet traffic has enjoyed a substantial path reduction.

IXPs have also clearly helped to bypass Tier-1 transit providers ( Figure 4). The contribution to the reduction of the share of transit links (not necessarily Tier-1s) along the paths is more moderate, though.

Figure 4 — Average number of Tier-1 transit providers in traceroutes with IXP and no IXP.

We found, however, that despite these changes a clear hierarchy, with a small number of networks playing a central role, remains. In Figure 5, we plot the 25 most central networks with centrality calculated as the fraction of traces traversing that AS. Interestingly, regardless of whether the paths traverse an IXP or not, there is a small group of highly central networks.

Figure 5 — Average centrality over all snapshots for the most central networks.

To gain a better understanding of how the Internet hierarchy has changed, Figure 6 plots the size (in terms of the number of ASes in their customer cone) of different subsets of the most central networks, with centrality defined as the fraction of traces traversing that AS. We observed that large and central networks have reduced their use of public peerings, and IXPs have been instead embraced by smaller and less central ASes. This is probably explained by the increasing popularity of Private Network Interconnects (PNIs), which ASes typically favour when large volumes of traffic are exchanged. 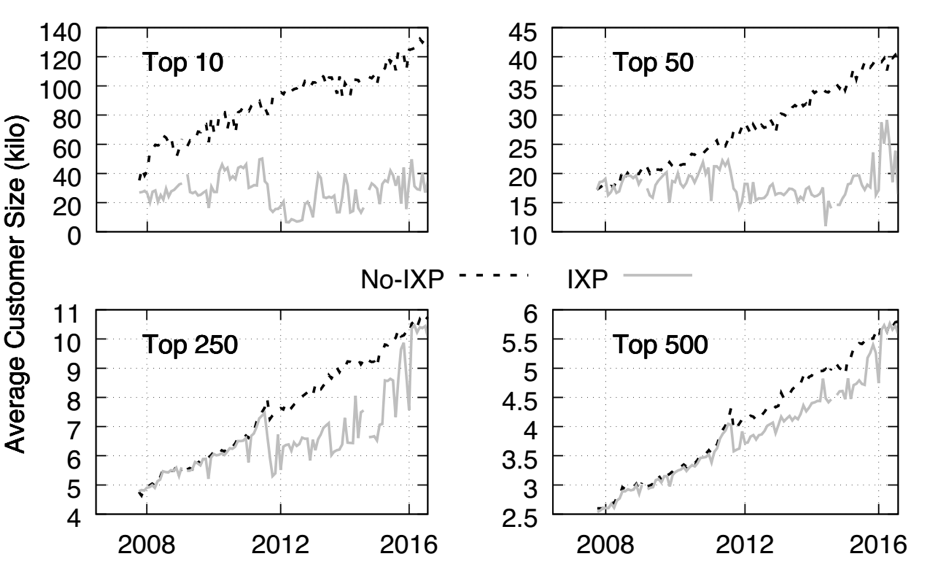 Figure 6 — Evolution of the average costumer-cone size for different sets of the most central networks.

All in all, we found that the surge in the number of IXPs since 2008 has had a clear impact on the evolution of the Internet, shortening paths (mostly) to hypergiants and reducing the dependence on Tier-1 transit providers. The impact, though, has some issues, which we elaborate on further in our paper.

Our findings must be interpreted in light of the constraints of the existing data, and there are a number of areas of potential future work. For example, our topology data is agnostic to traffic volumes and complete Internet visibility is unattainable.

Further, Content Distribution Network (CDN) redirection strategies are not considered in traceroutes; we speculate that accounting for the increasingly large volumes of traffic delivered by these networks would likely support our findings.