The first of the three integers is the so-called global administrator (‘ga’), which is the ASN (gaASN) that defines the intended use of the other two integers. So, in the example above, the operator of AS2914 defines the meaning of 2914:65400:38016 (and any other BGP Large Communities starting with 2914: ). An operator typically shares the values to use publicly or restricts distribution of that information, for instance to directly connected networks.

We are getting close to 20,000 4-byte ASNs seen in the global Internet routing system, and at this point the RIRs mostly assign 4-byte ASNs. Whereas 2-byte ASNs can easily use the old style BGP Communities, for 4-byte ASNs this is pretty hard – if not impossible – without dire consequences. But with the introduction of BGP Large Communities, one big hurdle for using 4-byte ASNs is gone. 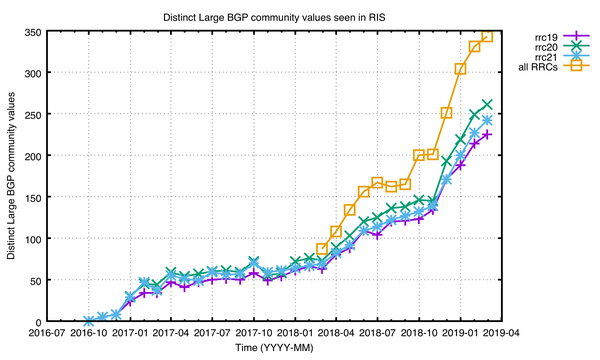 Figure 2 shows how many gaASNs were seen in RIS. Again we can observe a steep increase, with over 100 gaASNs seen in March.

As in our earlier analysis, we try to distinguish three types of large community use: 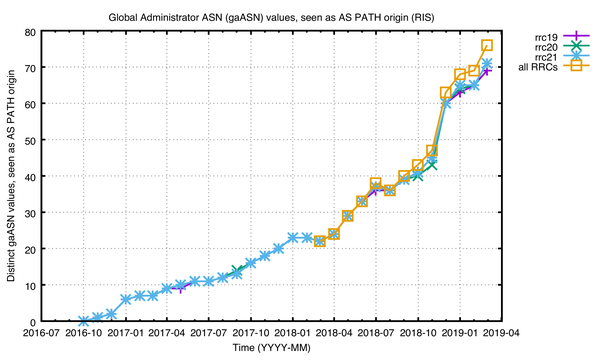 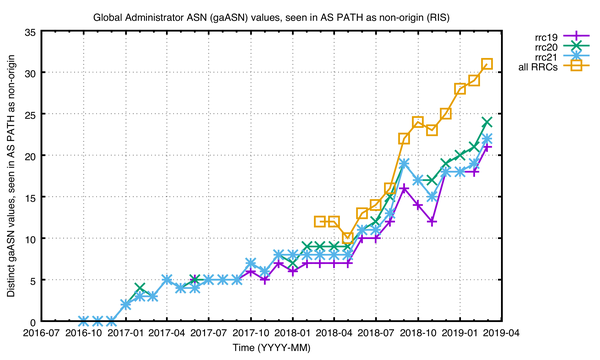 Figure 4 — Distinct gaASNs as non-origin in RIS over time. 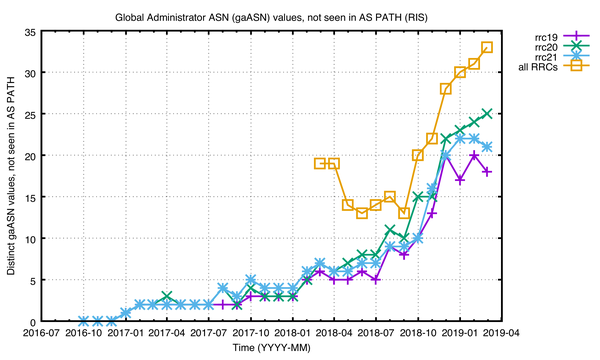 Figure 5 — Distinct gaASNs not in the AS path over time.

As can be seen in Figures 3, 4, and 5, the use of large communities in these categories has made quite a jump since we last reported on this.

Further analysis shows that for those gaASNs that are not in the AS path, 21 out of 33 are related to IXPs. This makes sense for typical IXP configurations where route-servers strip the route-server ASN from their path.

Promising signs for the acceptance of BGP Large Communities

BGP Large Communities fill a very small yet critical role in the Internet interconnect ecosystem. While 100 networks out of a pool of 20,000 might not seem like a lot, the fact that the use of this technology is increasing steeply makes me think that it has gotten over the acceptance bump that can often block new technologies.

Our measurements show that the use of BGP Large Communities has been increasing significantly and is definitely far beyond the ‘early adopter’ stage. This takes away a hurdle for the usage of 4-byte ASNs.

Emile Aben is System Architect and Research Coordinator at the RIPE NCC.