After many years of little progress, IPv6 deployment has grown significantly since 2012 in a number of developed economies, although growth has been very unequal.

In this research, my colleague Xuequn (Alex) Wang and I focussed on Australia and China, since not many details were known about the state of IPv6-readiness of these two countries in early 2016. Existing published surveys were either several years old, not very detailed, or were done on a global scale, with very few participants from Australia or China.

Furthermore, while Australia and China had similarly low IPv6 deployment, they are very different economies. China is a large and still developing economy with a population much larger than its number of IPv4 addresses, while Australia is a small, developed country with a much larger number of IPv4 addresses per capita than China. We expected that this would lead to interesting differences in the survey results.

This post summarizes some of the key findings of the study. More results are available on our Surveying the State of IPv6 Deployment in Australia and China web page.

We conducted surveys among organizations in Australia and China. Between June and August 2016 we used survey companies to reach people from a broad background and also advertised the survey to APNIC Members, the AUSNOG mailing list, and the CNNIC mailing list. We used various ways to recruit participants, with the aim of getting a more diverse sample. The survey employed several screening questions to select only participants that had knowledge about IPv6 in their organizations.

For each country, the similarities between responses were checked to detect potential data records from the same organizations. The details of the pre-processing are described on our Surveying the State of IPv6 Deployment in Australia and China web page. After pre-processing, we were left with 292 responses: 157 from Australia and 135 from China.

The following figure shows the number of respondents in the two countries, grouped by industry type (ANZSIC classification). 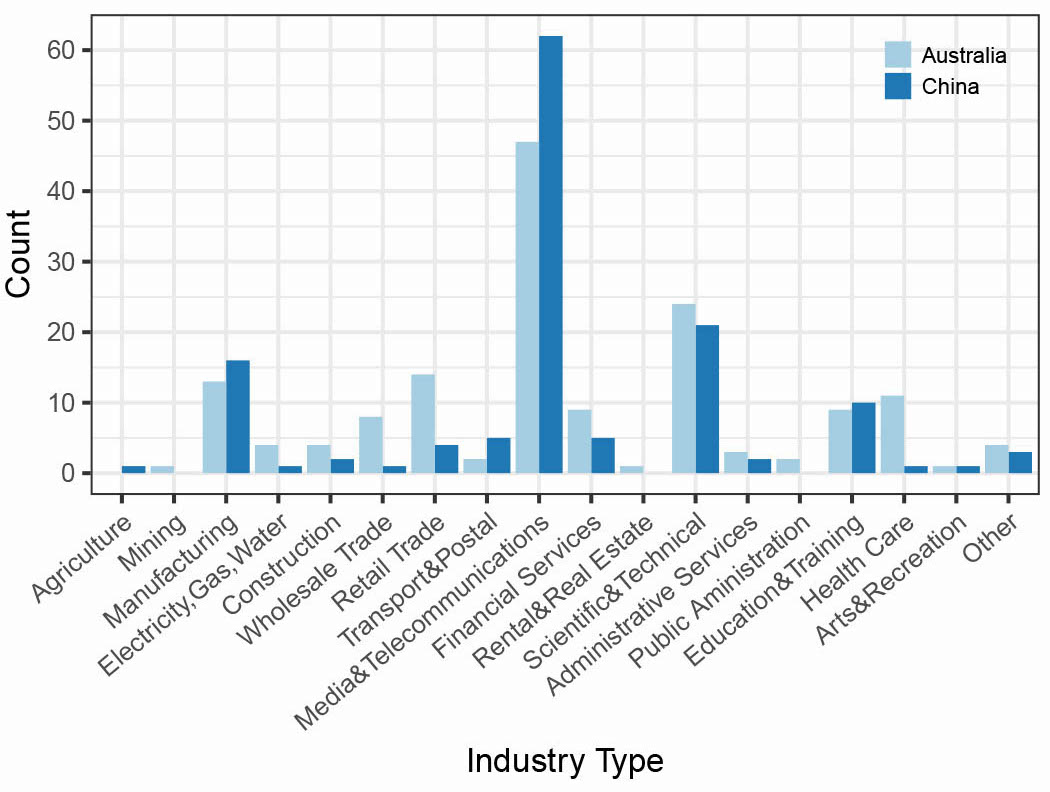 The largest category is organizations from the media and telecommunications industry. This is expected because firstly, APNIC Members are biased towards this industry, and secondly, the screening question used by the market research companies required participants to know about IPv6, which also creates a bias towards this industry. Nevertheless, only one-third of Australian organizations and slightly over 40% of Chinese organizations fall into this category. The rest come from a large variety of different industries. In terms of organization size, the size of the customer base and number of IT staff, our survey also captured a wide variety of organizations. 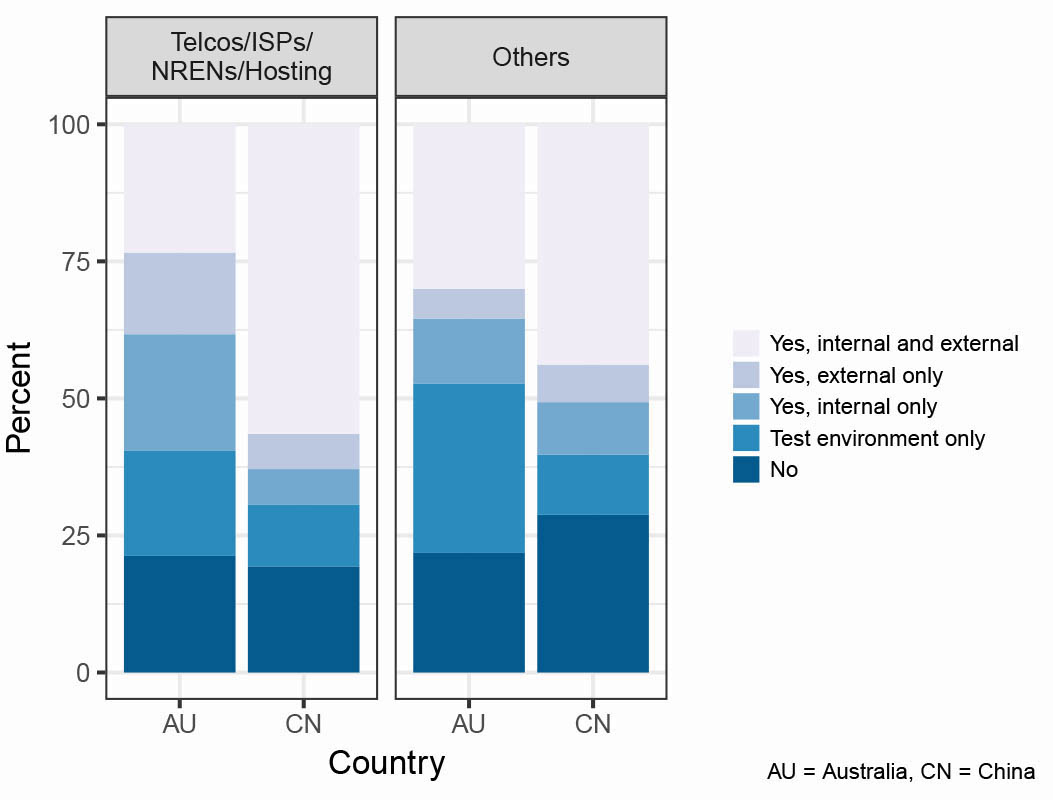 The following figure shows the responses to the question of what the problems are with IPv6 in production. “Lack of investment money” is viewed as the smallest problem, with the biggest problem being the “Lack of training of staff”. Consistent with the higher deployment of IPv6 in China, the “Business case”, “Convincing decision-makers” and “Lack of demand” appear to be smaller problems in China than in Australia, yet only for demand is the difference statistically significant. Technical problems are seen as more of an issue in China, possibly because Chinese organizations are further ahead in IPv6 deployment and have had more opportunities to experience technical problems. 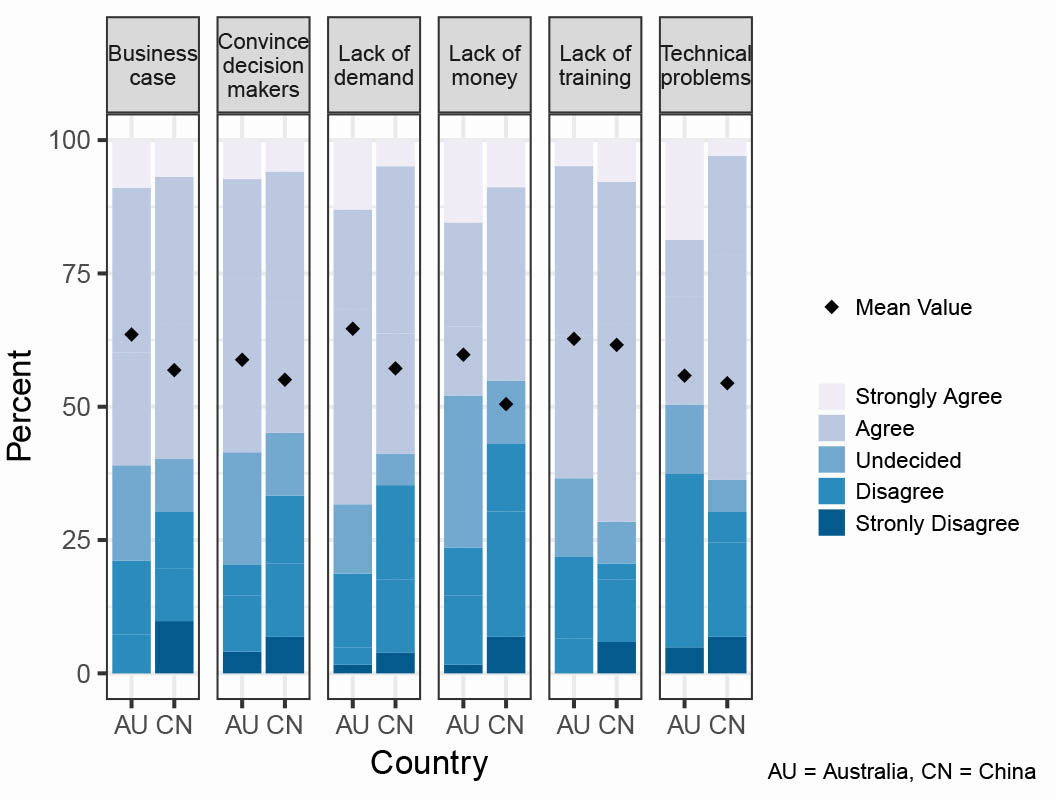 Figure 3: Problems with IPv6 in production

Figure 4: Factors determining the urgency of the transition to IPv6

The following figure shows the status of planning for IPv6 in various areas. The category in which most organizations have made progress is (somewhat unsurprisingly) “IPv6 allocation obtained”, which is usually the first step. Differences between Australia and China are relatively small in most categories and are not significant. 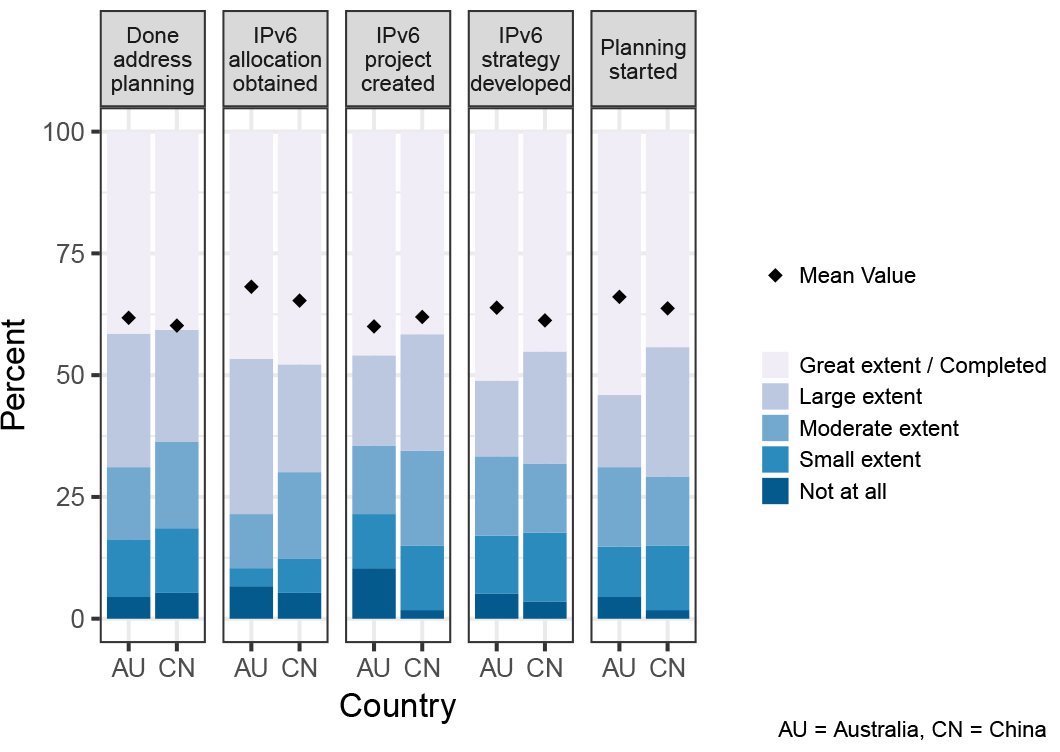 Figure 5: State of planning for IPv6 in organizations

While planning is well under way in most organizations, training is the area that is least advanced.

The next figure shows the state of IPv6 training provided. There is not much difference between the different training areas. China is consistently ahead in all categories, most noticeably in IPv6 security. When compared with the other preparedness areas, training is the least advanced. 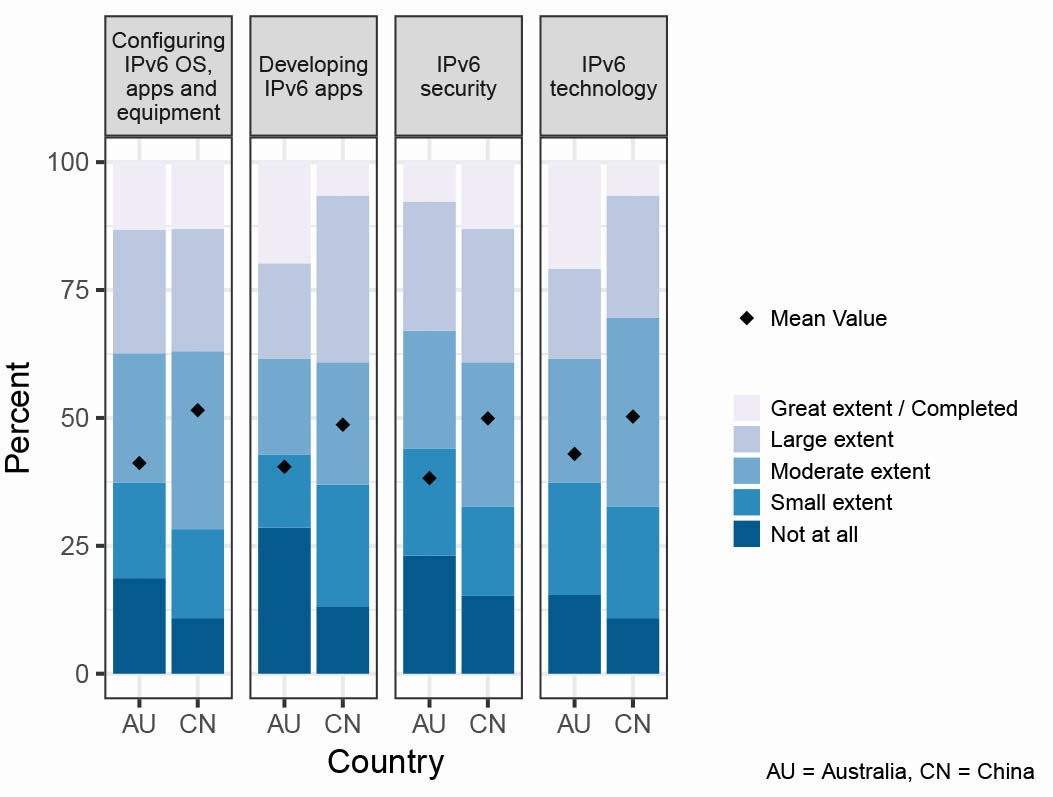 How to speed up transition

We asked all participants which services could be offered by registrars or government agencies to help speed up the transition. The following figure shows the results. Figure 7: Services RIRs or governments could offer to speed up transition

Most respondents agreed or strongly agreed with all the categories, with the highest level of agreement for “Stimulating ISPs to support IPv6”. The four leftmost categories in the figure show significant stronger agreement from Chinese organizations.

We also asked our participants the open-ended question what else could be done to speed up the transition. The answers are summarized in a technical report available on our Surveying the State of IPv6 Deployment in Australia and China web page.

Nevertheless, there is still a significant portion of organizations that has not deployed IPv6 yet and also has no plans to deploy it in the next one or two years.

Consistent with the higher deployment of IPv6, based on our respondents, there is more demand for IPv6 and thus a stronger business case for IPv6 in China.

Despite the progress, most respondents in both countries agree that further initiatives by Registries or government agencies are needed to speed up the transition, the most important being the stimulation of ISPs to support IPv6.

This work was supported by the inaugural APNIC Internet Operations Research Grant 2015, managed by ISIF Asia. The technical report about the grant implementation [1.2 MB] is available for download.

Sebastian Zander is a lecturer and Academic Chair for the Cyber Forensics and Information Security Major in the School of Engineering and Information Technology, Murdoch University.