The Open Policy Meeting (OPM) at APNIC 46 in Noumea, New Caledonia reached consensus on prop-125: Validation of “abuse-mailbox” and other IRT emails. The remaining proposals were sent back to the mailing list for further community discussion.

During the discussion of prop-125, the community agreed with the intention of the proposed solution and asked the authors to simplify the proposed text so everyone can understand it. The APNIC Secretariat will work with the authors to suggest a simplified version once it completes all the steps of the Policy Development Process (PDP). The Secretariat also advised the community that this proposal will take  six months to implement instead of usual three months, as it requires changes to registration systems. This proposal reached consensus at both the Policy SIG and the APNIC Member Meeting (AMM). 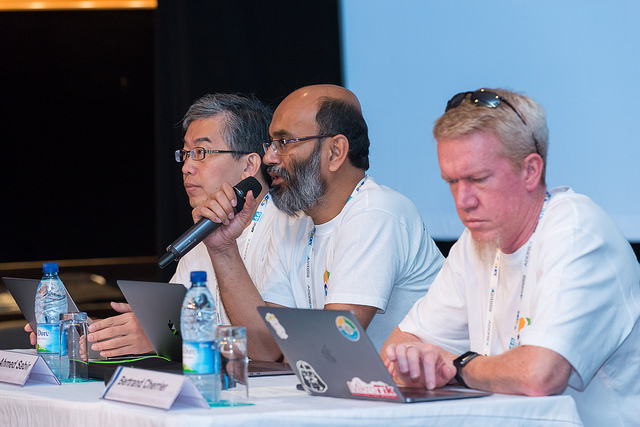 According to the PDP, prop-125 will be forwarded to the Executive Council (EC) if the consensus holds once the Comment Period ends on Tuesday, 16 October 2018 at 23:59 (UTC +10). Once endorsed by the EC, the proposal will then be implemented by the Secretariat.

Presentations and transcripts are available on the APNIC 46 website for further reference.